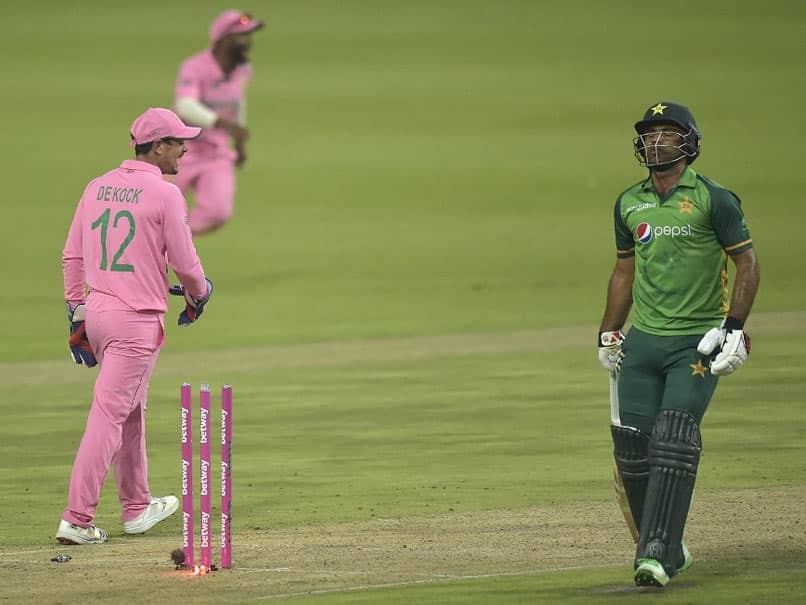 Fakhar Zaman was run out after smashing the highest individual score while chasing.© AFP


Pakistan opener Fakhar Zaman has taken full responsibility of his run out in the second ODI against South Africa saying that he should have done better and there was no fault of the wicket-keeper Quinton de Kock. Zaman’s valiant 193-run knock was ended on the first ball of the final over in the game as a direct hit from Aiden Markram from long-off caught him short of his crease.

“The fault was mine as I was too busy looking out for Haris Rauf at the other end as I felt he’d started off a little late from his crease, so I thought he was in trouble. The rest is up to the match referee, but I don’t think it’s Quinton’s fault,” ESPNcricinfo quoted Zaman as saying.

A huge debate has kickstarted surrounding the dismissal of Zaman as wicket-keeper Quinton de Kock appeared to gesture that the throw from Markram might be going to the non-striker’s end.

Looking at this gesture, Zaman slowed down as he thought the throw will not be coming at his end, but Markram took him by surprise.

MCC’s Law 41.5.1 states that “it is unfair for any fielder willfully to attempt, by word or action, to distract, deceive or obstruct either batsman after the striker has received the ball”.

Chasing 342 in the second ODI, Pakistan needed 31 to win in the final over with two wickets in hand. After Zaman’s run-out, Pakistan never had a chance and the visitors stumbled to a 17-run loss.

With this win, South Africa have levelled the three-match series at 1-1 with the decider slated to be played on Wednesday.