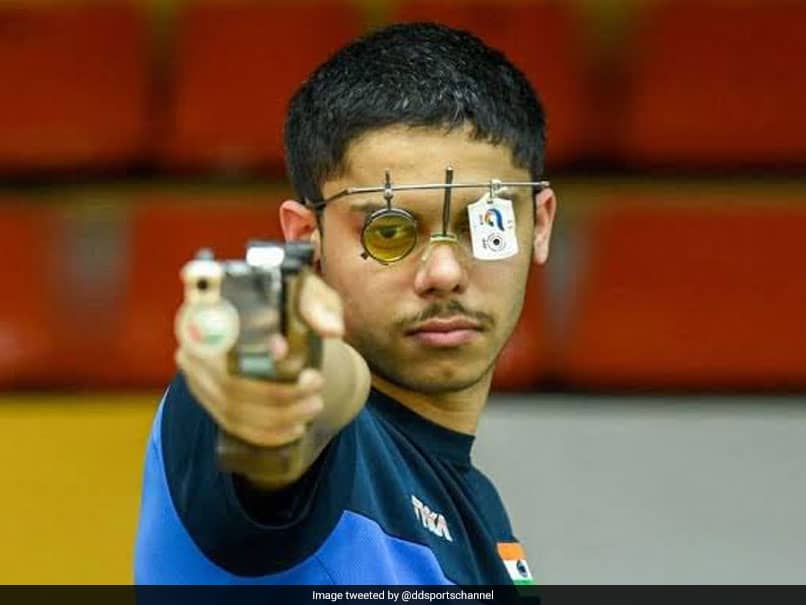 
India’s Vijayveer Sidhu and Tejaswani claimed the gold medal in the 25m rapid fire pistol mixed team event of the ISSF World Cup in New Delhi on Saturday. In an all-Indian gold medal match, they comfortably beat the pair of Gurpreet Singh and Ashok Abhidnya Patil 9-1 at the Dr Karni Singh Shooting Range.

In the Qualification 2, Gurpreet and Patil finished at the top with a total score of 370 while the team of 16-year-old Tejaswani and 18-year-old Sidhu aggregated 368.

On Friday, Sidhu won the individual silver medal in the 25 rapid fire pistol event ahead of Anish Bhanwala and Gurpreet.

Leaders India continued their dominant show in the tournament, extending their medals tally to 13 gold, eight silver and six bronze for a total of 27 podium finishes.

As many as 294 athletes from 53 countries are taking part in the tournament, the last major international outing for pistol and rifle shooters before the upcoming Tokyo Olympics.