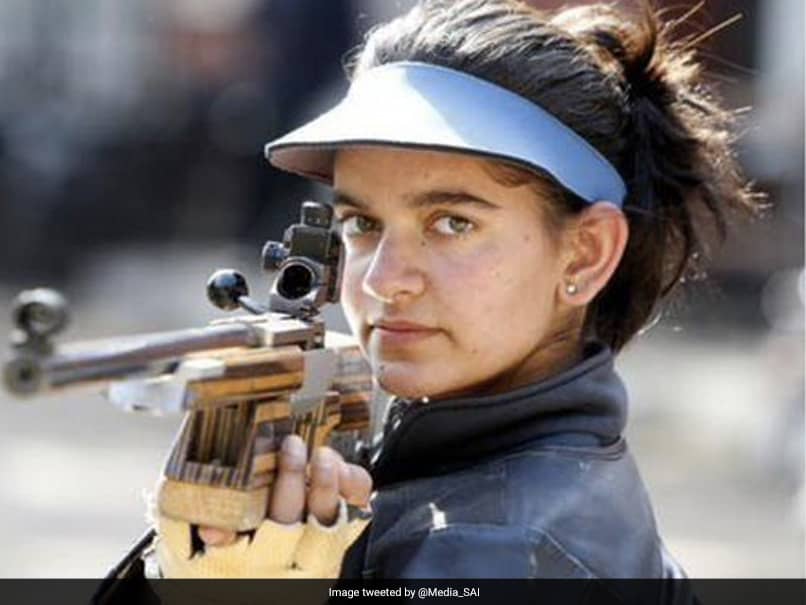 Anjum Moudgil was part of the Indian team that won silver in the women’s 50m Rifle 3 Positions event.© Twitter

It was Poland’s first gold in the ongoing shooting World Cup. They are fifth on the table with one gold, one silver and two bronze medals.

The Indian team were enjoying a healthy lead in the initial stages of the final but the Polish team came back strongly to shift the momentum in their favour with some accurate shooting.

At one stage, India were ahead 14:4 but they failed to capitalise on the lead and faltered in the later stages of the gold medal match.

The Indian men’s team will be in action in the 50m Rifle 3 positions event on Friday after their gold medal match against Hungary was postponed earlier in the day.

The visiting team pulled out following an internal dispute with its star marksman Peter Sidi.

The gold medal round will now take place on Friday between hosts India and third-placed team USA in what seems to be an unprecedented development in the marquee event.

Hungary’s shooters Istvan Peni and Zavan Pekler, after a discussion with the technical officials, refused to participate alongside Sidi.

“The Hungarian team has revolted against Sidi,” an insider involved with the ongoing tournament told PTI.

“They say he is pushing the rules. It is an internal problem within the Hungarian shooting team and has been going on for the last four-five years, more so in the last one year, including last year’s national championship,” he added.