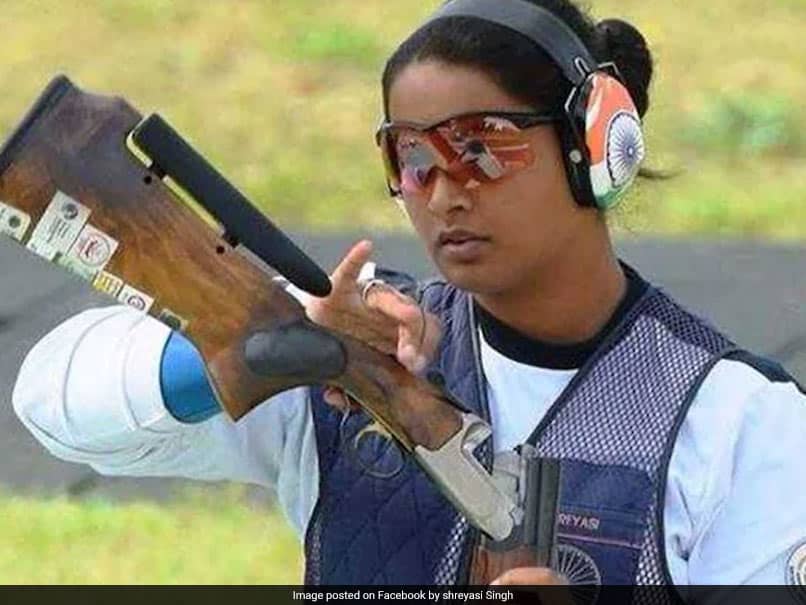 Shreyasi Singh was a part of the Indian women’s Trap team.© Facebook


The Indian trio of Shreyasi Singh, Manisha Keer and Rajeshwari Kumari won the gold medal in the women’s Trap Team event at the ongoing ISSF World Cup being held in New Delhi on Sunday. In the men’s Trap Team event, Kynan Chenai, Prithviraj Tondaiman and Lakshay beat the Slovakian team in the gold medal match. The Indian women’s team outgunned the Kazakhstan trio 6-0 in the final to give the hosts their 14th gold medal at the shooting World Cup.

The Indian shooters, especially the experienced Shreyasi and Manisha, missed very few shots in the final and proved to be too good for their opponents.

India have dominated the medals tally at the ISSF World Cup and the women’s trap team gold was the 29th medal for the hosts. Next best, the USA, are way behind with a total of eight medals.