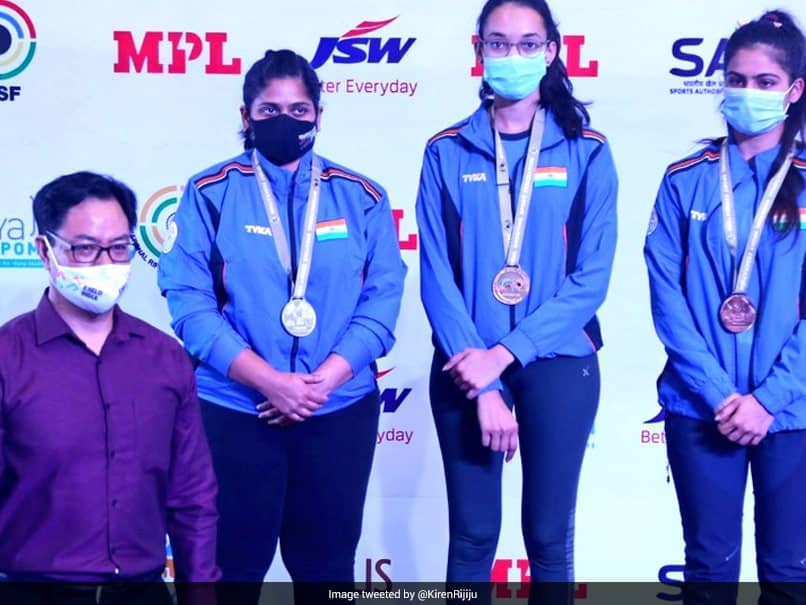 
India won gold in the women’s 25m Pistol Team event on Thursday at the ISSF World Cup. India beat Poland in the final to win the country’s 10th gold medal at the World Cup. India continued its good showing in the ongoing ISSF World Cup being held in Delhi as the hosts lead the chart with 10 gold, six silver and five bronze medals. The Indian women’s team of Rahi Sarnobat, Chinki Yadav and Manu Bhaker beat Poland’s Joanna Iwona Wawrzonowska, Julita Borek and Agnieszka Korejwo 17:7 in the gold medal match.

All the three Indian shooters in the women’s 25m pistol team event had swept the individual event in the same category as Chinki Yadav won gold, Rahi Sarnobat bagged silver and Manu Bhaker finished with silver on Wednesday.

Despite a late hiccup from Rahi Sarnobat (who missed a shot) towards the end, India comprehensively strolled to a win in the gold medal match.

Earlier in the day, Indian women’s team in the 50m Rifle 3 Positions event had to settle for a silver as they lost 43:47 to Poland in the gold medal match.

India are dominating the standings with 21 medals, including 10 gold medals. Poland jumped to fourth spot with their second silver medal in the tournament. They have also won a gold and two bronze medals in the ongoing shooting World Cup.