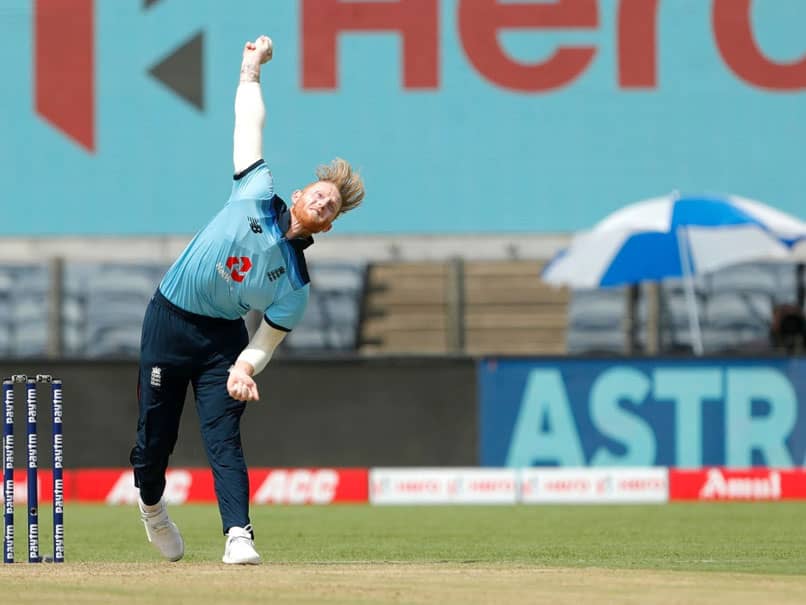 IND vs ENG: Ben Stokes mistakenly applied saliva on the ball in the fourth over of the 2nd ODI.© BCCI


England all-rounder Ben Stokes received another official warning from the on-field officials after he mistakenly applied saliva on the match ball during the Indian innings in the second ODI in Pune on Friday. The incident occurred in the fourth over, when Stokes was found to have forgetfully applying saliva on the ball and promptly the on-field umpires Nitin Menon and Virender Sharma warned skipper Jos Buttler. Incidentally, he also took a catch in the slips in the same over to dismiss Shikhar Dhawan off Reece Topley.

Applying saliva has been banned by the ICC after matches resumed post COVID-19 forced break.

As per the Standard Operating Procedure (SOP), the ball was sanitized before proceedings resumed.

This is the second time that Stokes has been warned on this tour for applying saliva on the ball.

The first instance happened during the Pink Ball Test in Ahmedabad, last month.