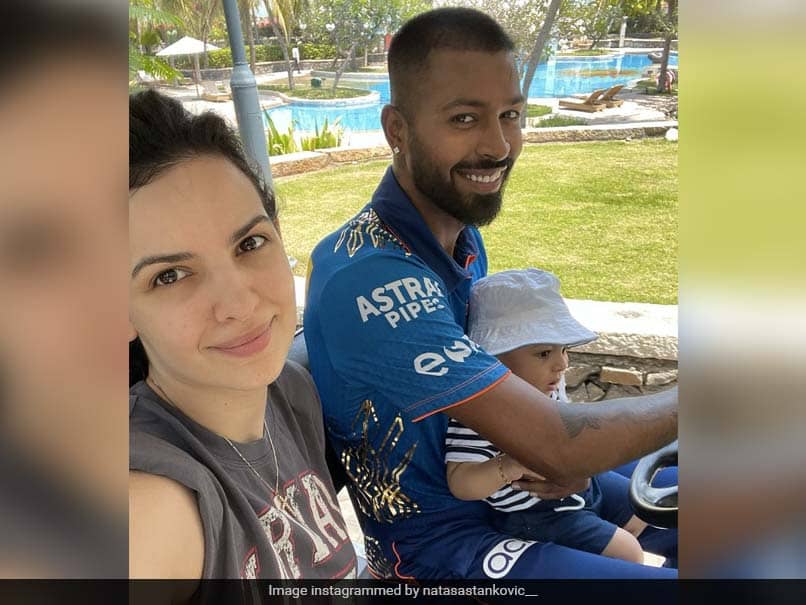 Natasa Stankovic posted a series of pictures with Hardik Pandya and their son Agastya.© Instagram


Natasa Stankovic took to Instagram on Sunday to share a series of pictures with her partner Hardik Pandya and their son Agastya as the trio enjoyed a day out in Chennai. In one of the pics, Hardik can be seen playing with Agastya. Soon after Natasa posted the images on Instagram, fans flooded the comments box with heartwarming messages for the trio. Hardik had joined Mumbai Indians’ bio-bubble on March 29, a day after India won the One-Day International series against England.

Hardik arrived in Chennai on March 31 along with some Mumbai Indians teammates. MI will begin their Indian Premier League (IPL) title defence against Royal Challengers Bangalore on April 9.

Earlier in the day Hardik himself had posted a picture with his son Agastya, calling the baby a “tiny miracle.”

Both Hardik and Natasa have been keeping their fans engaged by sharing pictures and videos with their son on social media.

On Saturday, Natasa, on her Instagram story, shared a picture with Hardik and their son Agastya as they enjoyed some quality time in Chennai.

Hardik, who did not bowl in the last IPL, has resumed bowling in the limited-overs format. Hardik bowled in the T20I series against England and also played a crucial role with the ball in the thrilling ODI series decider against the same opponents in Pune.

Mumbai Indians have all their basis covered and it will be interesting to see whether Hardik will bowl in the upcoming edition of the IPL or not, especially after India captain Virat Kohli expressed his concern over the all-rounder’s workload management.