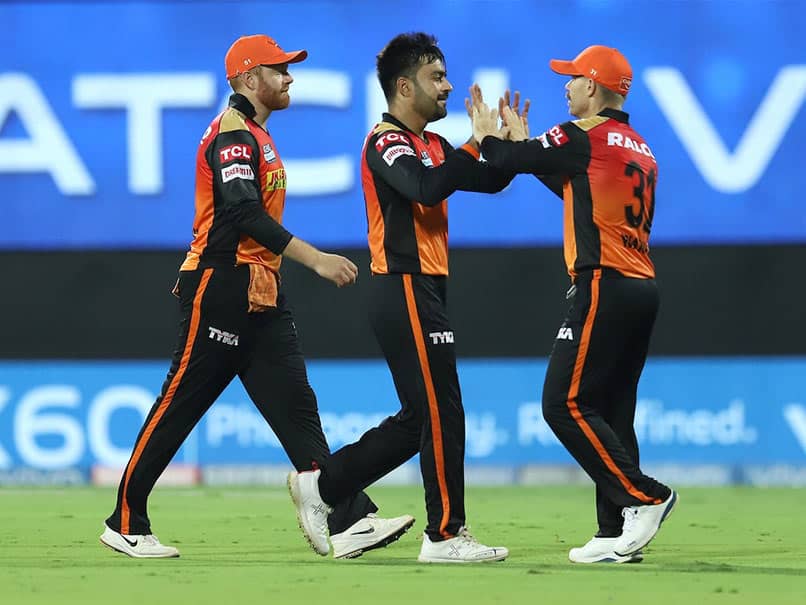 IPL 2021: Rashid Khan was in fine form for SRH in their opening game against KKR.© BCCI/IPL


SunRisers Hyderabad take on Royal Challengers Bangalore in an IPL 2021 clash at the MA Chidambaram Stadium in Chennai on Wednesday. While SRH lost to Kolkata Knight Riders by 10 runs in their opening match, RCB defeated defending champions Mumbai Indians in a last-ball thriller in the tournament opener. Rashid Khan was in terrific form with the ball in hand against KKR even as others in the team struggled. On the batting front as well, there were only a couple of players that put their hands up and made meaningful contributions while the rest failed.

The Afghan spinner started the tournament with a bang. He was at his miserly best, giving away just 24 runs off his four overs and while also taking two big wickets — Shubman Gill and Andre Russell.

With the pitch in Chennai assisting spinners, as seen in the KKR vs MI encounter on Tuesday night, the wily leggie will once again play a key role if SRH are to get that first win under their belt.

The SRH skipper has been one of the most consistent performers in the IPL. He is fifth in the list of the all-time top run-getters in the tournament and boasts an average better than anyone in the top 20 of the list.

However, Warner had a poor outing against KKR, dismissed by Prasidh Krishna for 3. The left-handed opener will be raring to make amends.

There’s no doubt about Manish Pandey’s talent. On his day, the 31-year-old is one of the most eye-catching and destructive players in the IPL but his lack of consistency has dogged him at the highest level.

He was in fine form in the loss against KKR, leading SRH’s chase. The right-hander scored an unbeaten 44-ball 61 and his partnership with Jonny Bairstow gave SRH a fighting chance to win the match. Though, SRH fell short in the chase, they would have been buoyed by Pandey’s performance. Pandey will be hoping for a repeat showing against RCB on Wednesday.