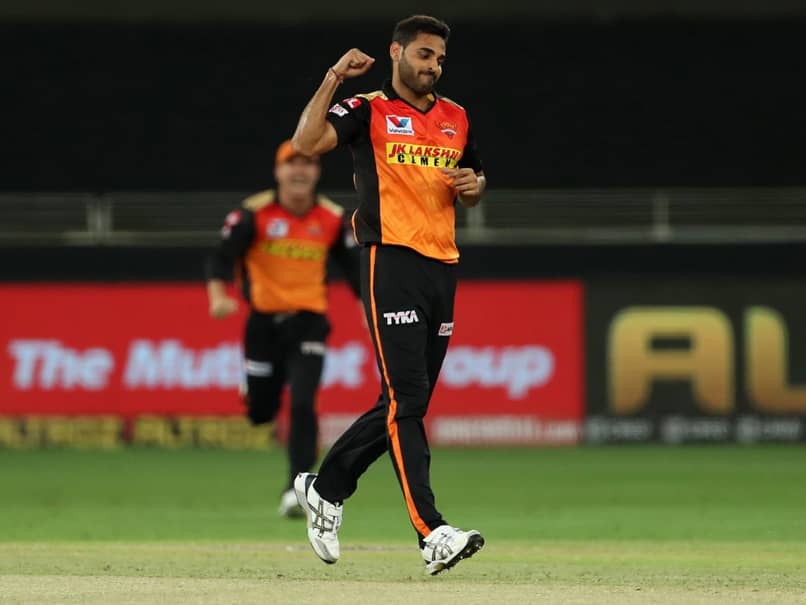 
Bhuvneshwar Kumar, who will soon join the SunRisers Hyderabad (SRH) squad in Chennai ahead of Indian Premier League (IPL) 2021, shared a message for the ‘Orange Army’ on Saturday. “Looking forward to getting out of the quarantine soon. And, I’m orange or nothing,” Bhuvneshwar said in a video uploaded on Twitter. The pacer chose to take a short break after the series against England. His quarantine period will end next Friday, two days before SRH’s opening fixture against Kolkata Knight Riders (KKR) on April 11.

Along with the video, the Hyderabad-based franchise wrote, “Bhuvi has a small message for you, #OrangeArmy.”

SRH had lost the services of Bhuvneshwar in the first half of the IPL season last year due to injury. T Natarajan, who stepped up in Bhuvneshwar’s absence, will now be expected to form a lethal combination with his senior international colleague.

Bhuvi will lead the SRH pace attack. He made a spectacular return from injury in the limited-overs series against England. Playing his first ODI series since August 2019, the 31-year-old picked up 6 wickets in 3 games to help India seal the series.

Bhuvneshwar has also been tipped to be among the favourites for the Purple Cap this season. Speaking in a video uploaded on his Facebook page, former Indian cricketer and commentator Aakash Chopra said Jasprit Bumrah and Bhuvneshwar Kumar are the fast bowlers who are likely to end up as the highest wicket-takers of the season.

The Hyderabad-based outfit played IPL 2020 under the leadership of David Warner. They made it to the play-offs but were defeated by Delhi Capitals (DC).