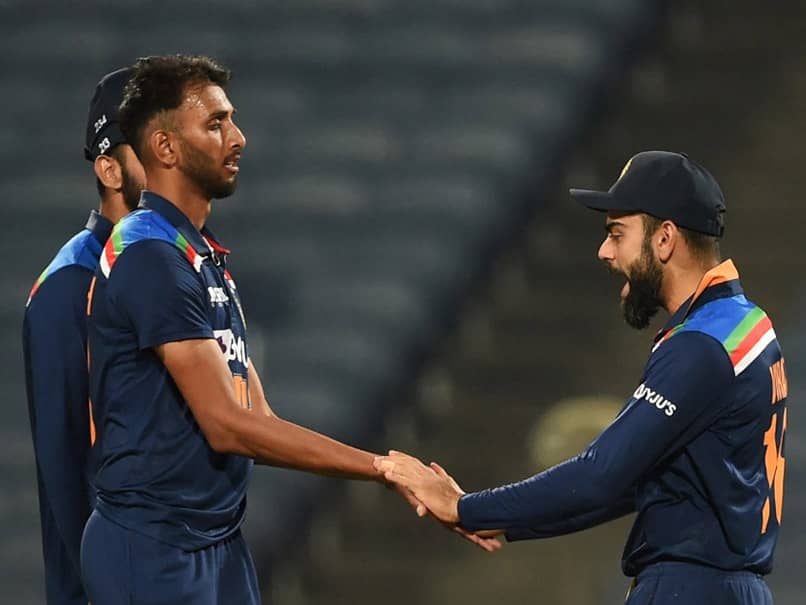 
Former India captain Sunil Gavaskar believes new fast bowling sensation Prasidh Krishna can serve India well in Test cricket with his “pace and seam position” and should be considered for the longest format just like Jasprit Bumrah was in 2018. The 25-year-old from Karnataka made a sensational debut in international career when he claimed four wickets in the first ODI against England. Prasidh then struck twice in the 37th over in the second game against England, which included an unplayable yorker to get rid of Jos Buttler.

“I tell you what, with those seam up deliveries, he is someone that the Indian selection committee must consider seriously for red ball (Tests) as well,” Gavaskar said during his TV commentary on Friday.

“Just like Jasprit Bumrah, from T20s and ODIs, has now become India’s premium bowler in the Test format, Prasidh Krishna with his pace and the seam-up position could be a very, very good red ball bowler as well.”

Prasidh has taken 34 wickets in nine first class games so far, besides claiming 87 wickets in 50 List A games.

The three-game ODI series will be decided on Sunday when India and England clashes in the final game in Pune.