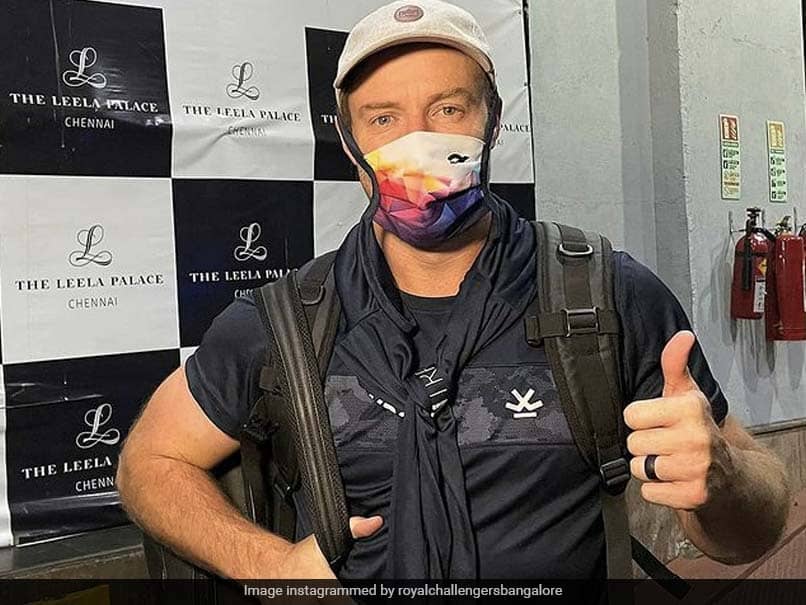 “BREAKING THE INTERNET: The spaceship has landed! AB de Villiers has joined the RCB bubble in Chennai,” RCB captioned the post on Instagram.

The Bangalore-based franchise reached the play-offs last season but were knocked out by SunRisers Hyderabad in the eliminator.

RCB spent big on Glenn Maxwell and New Zealand all-rounder Kyle Jamieson in the player auction as they look to lift their maiden IPL title this season.

RCB are one of the three teams who are yet to get their hands on the IPL trophy.

Delhi Capitals and Kings XI Punjab are the other two franchises who are yet to win the franchise-based T20 tournament.

Ahead of the IPL 2021, captain Virat Kohli had mentioned that he will open the innings this season for RCB.

The RCB skipper has already started preparing for the T20 tournament as he posted a video of him working out on a treadmill, captioning it “no rest days” as Kohli shifted his focus from international cricket to the IPL.