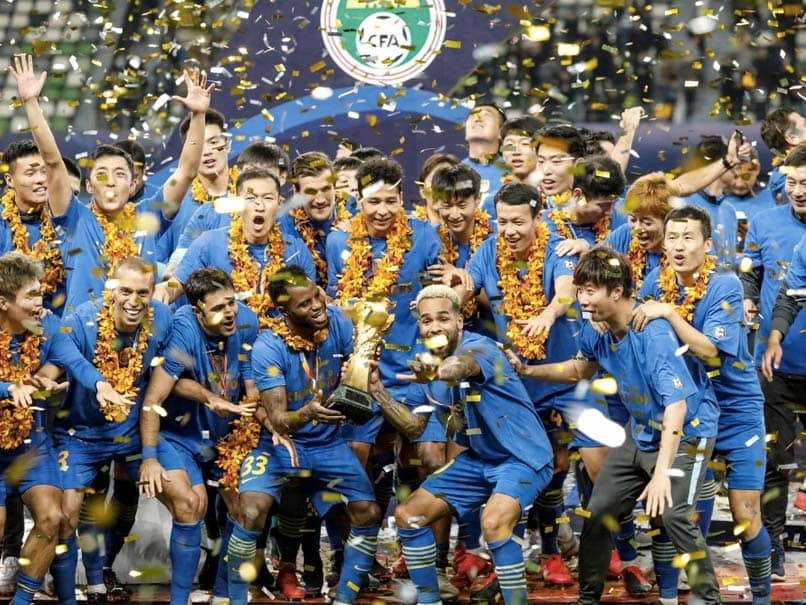 
Reigning champions Jiangsu FC were thrown out of the Chinese Super League on Monday, four weeks after the financially stricken club said they had ceased operations. Jiangsu are yet to officially disband but struggling backers Suning, the conglomerate who also own Inter Milan, have failed to find new investors to take over the ailing club.

The club’s demise underlines the wider financial problems coursing through Chinese football, which just a few years ago had a reputation for splashing money on star foreign players such as Brazilians Oscar, Hulk and Paulinho.

Earlier this month, Jiangsu withdrew from the Asian Champions League.

On Monday the Chinese Football Association released the names of six professional teams who have not been approved to contest the new season.

Jiangsu will be replaced in the CSL by Cangzhou Mighty Lions.

The other five teams pulled from the league are in the second or third divisions.

Tianjin Tigers — another club reportedly in dire financial trouble — are listed among the 16 CSL teams who will kick the new season off next month.

On February 28, Nanjing-based Jiangsu FC threw Chinese football into turmoil, saying that it had “ceased operations”.

In November the club won the domestic league title for the first time.