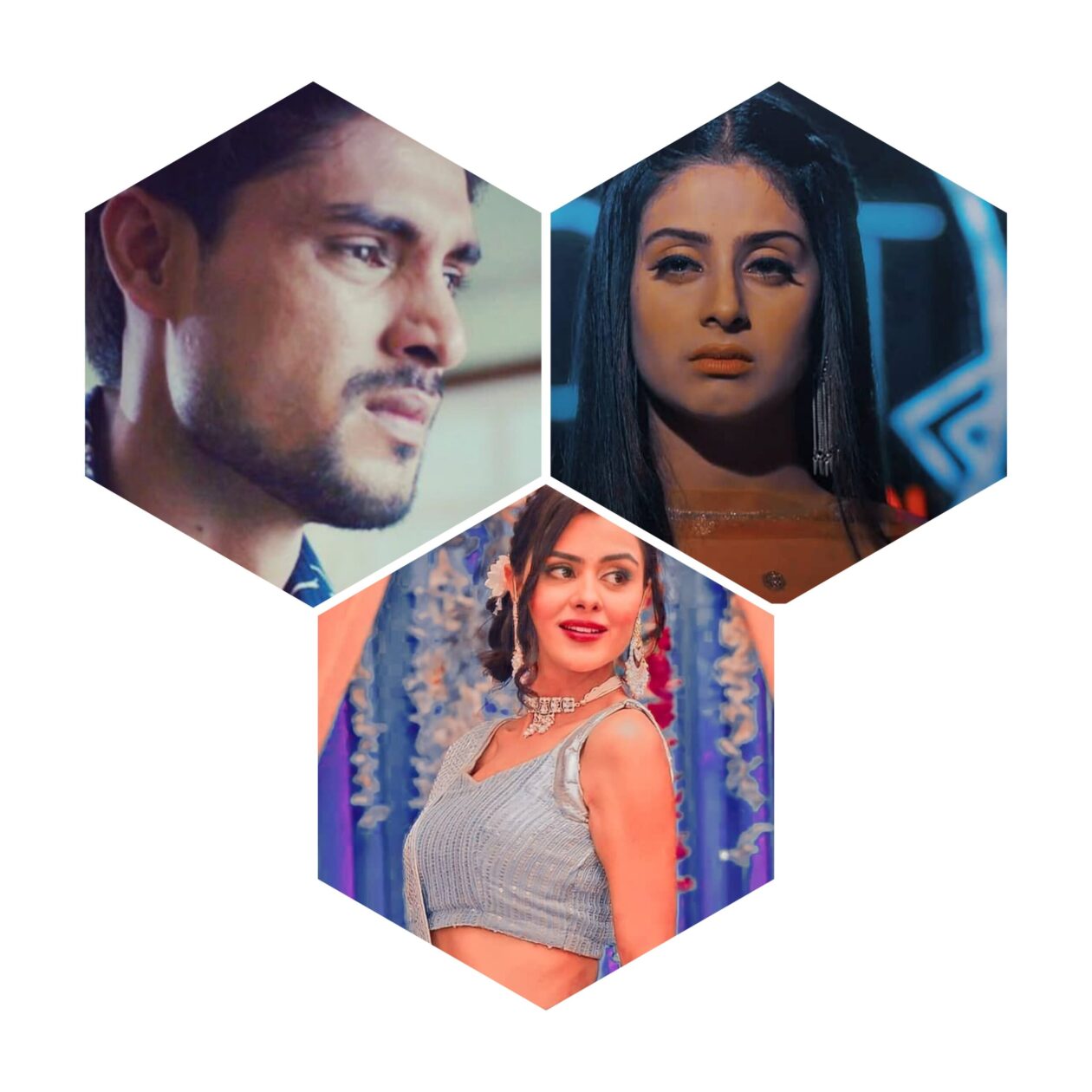 “Rot in hell you both. You both deserve each other” Tejo’s last words still haunts fateh even after four long years. He had not met tejo personally after the hospital incident. She had send the divorce papers the very next day to his house. Jasmine, he and even her own family except her cousins none of them knew where tejo was and her cousins refused to let anyone know about tejo’s whereabouts. His family begged him to reconsider his decision to not divorce tejo. His father for the first time pleaded him not to do this but he still signed the papers listening to Jasmine. He had seen her in the court the next time but did not have the guts to look at her or face her. He stood silently trying to avoid her gaze .The court had granted them divorce easily because tejo’s lawyer had said she was not in her right mind of state when the marriage happened and was emotionally blackmailed by her family. Tejo had disappeared by the time the judgement was given. The Sandhus and jasmine had searched for her desperately but could not find her. Adhiraj had later informed them that Tejo had left the country for further studies and would not be back still she wants to be and looked at everyone with distaste and left the court area. Mahi had turned her back on him and moved to her college hostel. Even buzzo had cursed and left him. Amrik was the only support he had and admist all this he finally got married to the love of his life. None from his family were happy, they arranged everything for the sake of arranging and performed every ritual for the sake of doing it. The Sandhus were in the same boat, none of Jasmine’s cousins attended the wedding.

The first few days of marriage was blissful, he had everything he had wanted. He finally got married to the girl whom he loved wholeheartedly, his room had her things. Their photoframe hanged on the hall. They had gone to their honeymoon to kashmir. Fateh was fully immersed in his blissful marriage relishing every day of it doting on his wife, but here was still a small part of him which felt guilty whenever he thought about Tejo which he ignored most of the time justifying himself that that he and tejo could never be happy with each other. The only thing he regretted was of using her in such way, he should have not done that.

Life never did stops for anyone nor time, the Sandhus eventually forgave jasmine and him except adhiraj who glared everytime he faced them. Everything was going on fine when Jasmine’s Canada obsession made a come back and jasmine started pursuing him to get her to Canada all over again. His family peace was interrupted, thus a whole new fight started. His mother and his aunt tried to deal with Jasmine in their own way by taunting her only to get insulted by her back. Nimmo maachi had gone packing the next day realizing that jasmine was no tejo to see boundaries and respect elders. His mother without her sister could not do much against jasmine. His father refused to interfere, his grandparents also did not want to deal with Jasmine. Frustrated and left alone, Fateh finally started applying for the Canada jobs, unfortunately he could not find one this time. The companies kept rejecting him and jasmine kept pressurising him. His blissful marriage life was done and dusted, sadly it did not survive one year. He started drinking out of depression and started going home drunk, he and jasmine started fighting making his family more upset. Amrik was busy with his own things but still always siding with his Jasmine bhabhi. Fateh was left alone without anyone and that’s when tejo’s last words hit him hard. Her final words to him and jasmine for betraying her had sealed his and Jasmine’s fate long ago. He smiled sadly remembering her, his family was happy with tejo even though his mother was not that happy and he had genuinely started to be happy with tejo if jasmine had not pursued him again he could have been happy with Tejo. Tejo with whom he could have shared anything, who understood passion and guided him in the right path. Tejo had seen him as a life partner and accepted him as one unlike jasmine who sees him as her slave who should fulfill all her wishes and orders and never raise a question against her actions. Yeah he had promised jasmine that he would become her slave but he never meant it in literal sense but unfortunately she had taken it in that way. He gulps another drink to lose his senses fully before someone takes him back home out of pity. Fateh never made the mistake of going back to his house in his full senses this days. To go back to his house in his full senses meant was to put up another fight with Jasmine and see his family’s disappointed faces and fateh did not want to do both so he could come every night to the bar and drank still he lost his whole senses and he would disappear the next morning before anyone wakes up in his house. This was how he was going to spend rest of his life, fateh had accepted. Without one moment of peace and joy, wanting everyday to be his last day. Yearning for his first wife and cursing himself for letting her walk away from him. This was his punishment for betraying her and he had accepted it as he suffered through it daily.

Jasmine collapsed on her bed sobbing badly as fateh laid next to her asleep not aware of anything. He had again came back drunk home, one of her friend’s husband identified him and got him home. Her friend’s husband had given her a sympathetic smile and gone away. Jasmine could not even remember the last time when fateh and she had been romantic. All that they had was gone in a blink. She had only bitter memories now left in her marriage. She had been so happy with her marriage at the beginning, she had gotten back fateh and she had proven to tejo and everyone that fateh virk singh can only love jasmine sandhu. Tejo had disappeared shortly after the divorce and jasmine was left alone to deal with her life something which jasmine never did but she consoled herself that she had fateh with her and tejo would be back soon. Tejo was always here even when jasmine had hurt her very badly but she did not realize that her hopes of having her sister back this time was nil, she had not hurt her sister this time but broken her trust and her heart something which is unforgivable. Her own cousins looked at her with accusing looks and adhiraj hated her, jasmine could feel this in the way he looked at her. Jasmine got married to fateh without her cousins presence and making all the elders unhappy. Amrik was the only who was genuinely happy with the marriage. Jasmine like always ignored all the taunts and unhappiness and remained in her own blissful world. Fateh was doting husband and everything was fine. She sensed her in laws were not happy with her but she was no tejo and did not want to waste time pleasing them. Everything was fine still she realized her Canada obsession was not gone, now that she had fateh, she wanted Canada too. Thus she started hinting fateh about her wish to settle in canada, she kept it subtle at beginning when fateh did not understand she put up a huge drama and finally fateh was forced to attend interviews which he could not clear but instead of making him okay, she kept pressurising him and it lead him to get depressed. She did not notice the exact moment when their relationship broke but still remembered the first time when fateh had come home drunk. He had uttered some very bitter words to her in his drunken state.

” I could have been so happier with her but you took that away” fateh had snapped at her as he passed out. she knew he was talking with tejo. She was shattered realizing that fateh regretted leaving her sister and some part of her knew if tejo was here by now fateh could have gone and begged her to take him back. There were times when fateh could mistake her to be tejo in his drunken state and beg for her forgiveness and another chance, jasmine had never felt more humiliated than that those times. But still she could not leave him, even though there was nothing left in her marriage. Fateh never said her to leave him because they both knew that if they officially leave each other they would become a public joke. They had fought against everyone to be with each other now if they leave each other they would be mocked and humiliated and both of them did not want that. So she and him stayed in the same room and house slowly turning into stranger. She spend most of her time wasting on beauty parlour and shopping and fateh spend most of the time outside and would come home drunk only to leave the next morning before anyone woke up. Though she suffocated in the marriage, she had accepted she has to spend the rest of her life the same way. She sometimes wonders how different life could have been if she could have given up on fateh after his marriage with her own sister instead of pursuing him to come back to her but instead she had done the worse thing to her sister even an enemy would be ashamed to do. Deep in her heart and conscience jasmine knew that this was her punishment for betraying her sister who had always put her first and sacrificed for her everytime, that now she is struck in a loveless marriage with the only person whom she had loved. Fateh’s heart now yearned for tejo and that fact never stopped hurting her. It still hurts when fateh calls tejo’s name holding her hands in his unconscious state. She cries herself to sleep like everyday and doesn’t remember the last time she had slept peacefully without any stress.

The post Tejo TS – I needed to lose you to love me (Part 2) appeared first on Telly Updates.