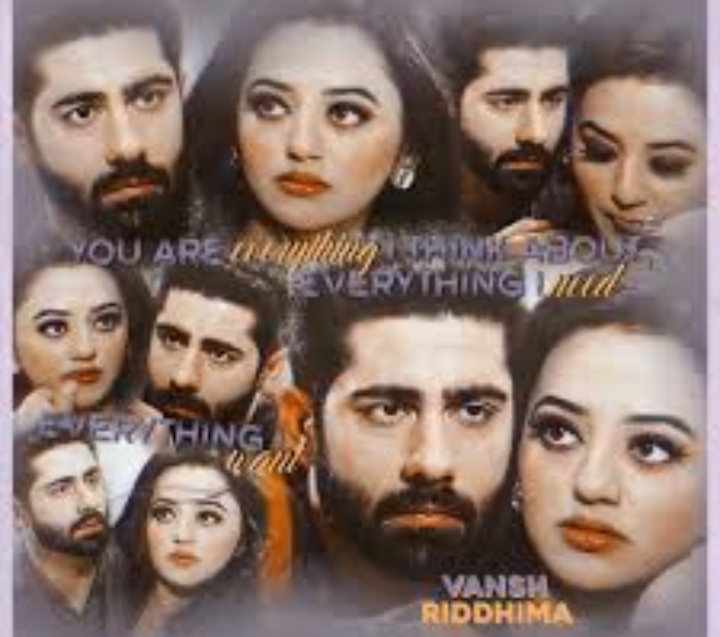 Hii everyone!! I am loosing interest in my FF so posting this OS….

(Riddhima is back after Vansh’s apology)

Riddhima was in the room sitting peacefully closing her eyes.

“You need something Sweetheart?” Vansh asked looking at the file in his hands.

“You are busy na. I will tell later” Riddhima scoffed and went away.

Vansh kept the file down and moved behind her.
” Come one I am free now tell na” Vansh said sitting on the bed.

“I want to go to shopping. You and your sister burnt all my stuff. Including mine and Sejal’s o ly perfect picture.” Riddhima scolded.
Vansh felt silent and was sad for what he did. How can he forget she had nowhere to go? How can he not thing that she had only Sejal as her family?

“Vansh it’s 8” Riddhima said. “So what? Come we will go” Vansh said and pulled Riddhima out of the room.

Vansh and Riddhima were roaming in the mall looking at different shops having an happy time together. Riddhima continued shopping and Vansh was holding all the bags happily which was not too good for Riddhima.

They both took a seat in the food court with all the bags at a side. Riddhima noticed Vansh’s hands which were totally red and had imprints of handles of the bags. Riddhima felt sad.

” What happened? Need anything else?” Vansh asked while having a bite of pasta.

“Nothing. I think I did too much. Nah. Not at all” Riddhima realised What she said munching her chips.

Vansh smiled at her antics and they finally reached home. It was night and everyone was asleep. Riddhima changed into Vansh’s clothes and was scrolling her phone. Vansh nuzzled her neck while she was keeping herself busy in the phone trying not to react.

“Enough of your sweet revenge, sweetheart” Vansh said taking her in his arms and on to the bed. Riddhima got up smiling.

“The sweet revenge continues, I am on my period.” Riddhima giggled.

“Agh… Till when?” Vansh said with a fake tight smile.

“Just tell me when this under construction site is ready” Vansh said winking at Riddhima and left.

“I am taking revenge or him? No I won’t let him go anywhere, damn these cramps.. I don’t want to get off the bed.” Riddhima said making herself comfortable closing her eyes.

Later a while, she felt some wait on her waist. Opening her eyes she saw Vansh who had stuck a sticky note on his forehead which has writter “Sorry” Riddhima giggled and pulled the sticky note calmly not to disturb his sleep and cuddled him throwing the note down the bed.

It was morning, Vansh woke up and became tensed not founding Riddhima next to him. She came out of the washroom and hugged him leaning in his chest.

“What about your revenge?” Vansh asked sheepishly.

“Damn… I forgot. It’s still on.” Riddhima said moving back.

“Come on sweetheart, you can’t stay away like this” Vansh went out of the room.

“He was angry or is he trying to fool me? No Riddhima. Not this time. Pay attention that you are not giving him attention.” Riddhima said getting out of the room.

The day went usual, but Riddhima was already tired laying on the bed waiting for Vansh. She hasn’t seen him since morning. Negative thoughts started roaming in her mind and she rushed opening the door and collided with a familiar wall. Which was actually Vansh.
She hugged him tightly and started hitting him.
“Wow…ouch! Such a sweet revenge” Vansh exclaimed while she continued.

“Damn..that Revenge. I will beat you today” Riddhima said pulling him inside the room.

Done!!!
I know it’s not what you all thought. Actually my exams are from 26th and there is no gap… They are just the other day. Do it needs a well- preparation.

Don’t forget to comment your reviews. Hope you all liked it.