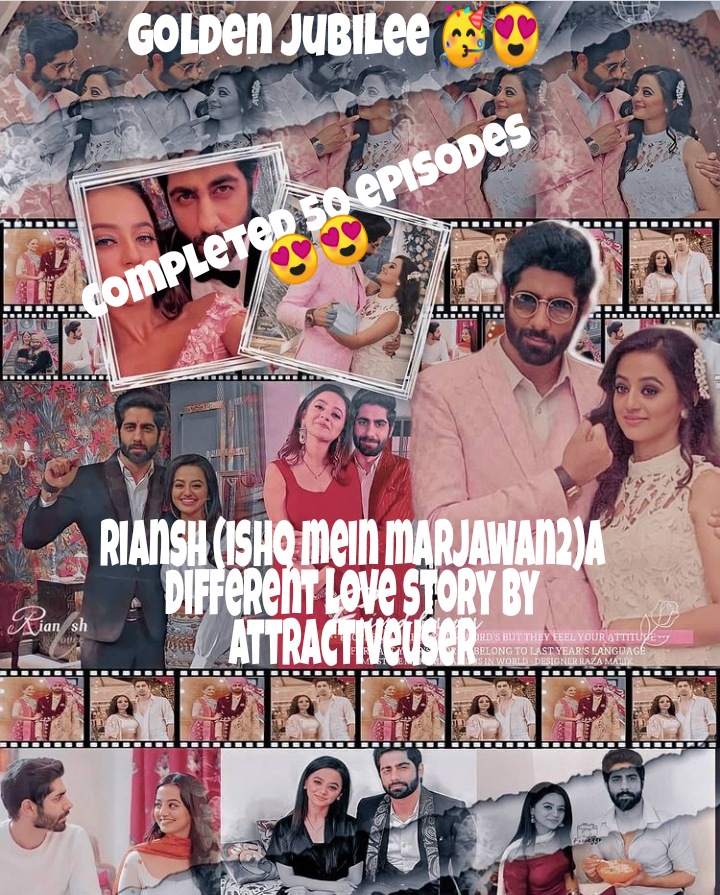 The episode starts with:

Shivaay: Riddhima listen carefully!(she nods) those goons who harmed your family were not sent by vansh but someone else..and that person wanted to seperate you both so he took vansh’s name. Riddhima vansh is innocent. He suffered a lot when you blamed him.

Riddhima was shocked. She was in tears. She didn’t trust her love.

Riddhima: who was the person who sent goons! (Anger)

Shivaay: that I also don’t know.

Riddhima nods. She goes from there. She sits on the ground and cries bitterly.

Riddhima: I am very bad! I am worst! How can I do this to vansh(crying)

After crying for some time she wiped her tears and stood up.

Riddhima: now I have to pacify vansh. I will mend everything between us.

She composes herself and goes to a mall. She was preparing a surprise for vansh. After she was done she took her phone. She dialed vansh’s number. He declined her call. She called a number of times and at last he picked it up.

Vansh: what do you want(irritated)

She disconnected the call. Vansh was shocked. He quickly rushed to the mall. It was a crowded place.

Vansh(thinking): who will harm Riddhima here..in this crowded place! Where is she..

He reaches the centre of mall. He looks here and there and sees Riddhima coming. There was a lot of pink balloons above him making a large heart:

She claps and all the ballons fall over him:

Everyone present there started clapping for them.He looks and there appear a big screen. Photos of him and Riddhima appeared. After every photo there was a sorry. His heart melted. Riddhima came to him.

Riddhima: I know I did very wrong to you. I am the worst. I don’t deserve yoy but I cannot live without you. I didn’t trust you..I didn’t trust my love. I am sorry vansh(tears)

She kept her hands on his face but he jerked them. He made an angry face and stormed out of the place leaving her in tears. She wiped them off and went behind him.

He sat in his car and left. She took her car and went behind him.

Vansh (thinking): I love you now also Riddhima but I can’t forget what you did with me. Those past memories when you blamed me for no reason. Where was your trust then!

He was driving in full anger while Riddhima behind him.

Riddhima(thinking): god please save vansh..he is in full rage! He is not in his senses.

Vansh increased the car speed which scared Riddhima. She too increased the car speed. Vansh looked through his rare view mirror that Riddhima is following him. He hit his hand on cars mirror. Riddhima was trying her best to reach vansh but his speed was fast. A truck was coming towards Riddhima in full speed which was unnoticed by her. She was just focusing on vansh. The truck came and hit Riddhima’s car very hardly that it was totally crushed. Vansh heard the loud noise and looked back. He came out of his car to look. The scene shocked him.

He ran to her. She was lying unconscious in her pool of blood inside the car.

Vansh(tears rolling down his eyes): Riddhima..

He with much difficulty opened the door of car and took Riddhima out. He took her in his arms and rushed to his car. He made her lay on back seat and sat on driver seat. He quickly rushed to hospital. He admitted her in and went to do the formalities. After it was done he called both the families. He went to hospital temple and bowed down in front of God.

Vansh: can’t you give her a little happiness. Finally she got to know the truth but you..I hate you for this! I don’t know why she believes in you! You always torture her. What wrong she has done to you. I want her back at any cost. I know I am angry from her but I cannot remain angry from her till long. You have to save her.(tears and anger)

Soon everyone reached hospital. Vansh came out to them.

Aayush and aastha: how did this happen Vansh(tears)

Vansh: a truck came and this accident happened.

Aayush: thankyou for saving my doctor.

Vansh nodded. Treatment was going inside. Aayush and Ajay looked at each other and gave a angry look to each other. Vansh noticed it.

Vansh(thinking): get up soon Riddhima! We have to solve a lot of problems. We can’t be together if we don’t solve our fathers problems.

He was walking from here to there. Aastha was crying continuasly and Sejal and anika were consoling her.

Huff.. finally I gave the update

. Hope you all like the episode!
Will Riddhima be fine?