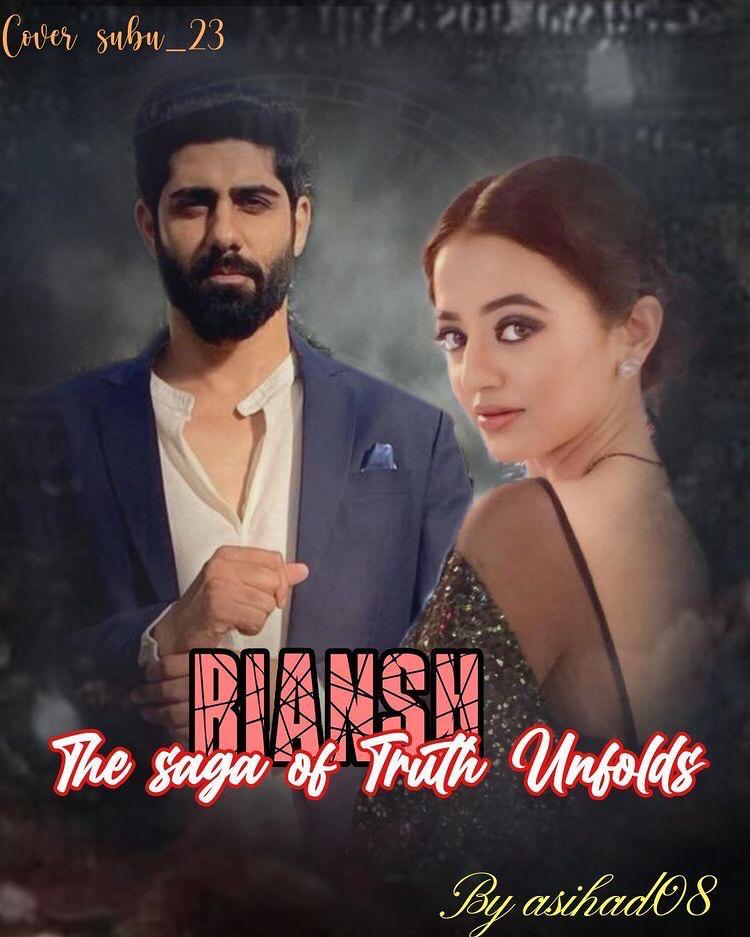 Vangre rushes to her and support her

Siya (crying) – Bhabhi!! Vyom said anaisha is abducted by someone.. (few of u were right..apko milenge 2 crore,

He is coming here..

Riddhima (crying) – i don’t know i want my baby safe and sound with me..right now..

He goes to angre and shakes him

Riddhima (crying) – Bhai!! Plz give me my daughter back..i can’t stay alive without her..

God knows in what condition she must be right.. now

She goes to vansh and holds his collar

Vansh (bringing back to her senses) – riddhima!!hosh me ao..pagal ho gyi  ho kya….

Riddhima (shouting) – i want my baby back..

She is not only your daughter..she is my daughter also.. papa bolti hai wo mujhe..

I promise riddhima i will bring our daughter safe and sound..

He hugs her and riddhima throw herself in his arms

Riddhima runs to him and holds his collar

Riddhima (shouting) – Kaha hai meri beti..where is my daughter..she was your responsibility na..then how on the earth you lost her..

Tell me how can you be so irresponsible vyom..

But i am his father i also want her..and i promise i will give you your daughter safe..and sound

Vyom hugs her and they both cry.. holding each other

Vansh takes riddhima to their room

Vansh (cupping her face) – Riddhima i will bring her i promised

Vansh (angry) – I know what are you facing but it won’t give you the right to insult me riddhima.. just be in your limits..

Riddhima (angry) – Then what should i..do.. praising you for sitting idle here..

Vansh (angry) – Riddhima just shut the f**k up ur mouth before i loose my temper and hurt you..

Riddhima (shouting) – What else can you do rather than hurting me ha..

Vansh throws the vase in anger making her flinch ..

Vyom is sitting on bed crying

Siya comes and stand in front of him with tears..

Vyom instantly hugs her and sobs

Vyom (crying) – I will die if something happens to my baby…

I am not good father siya!! I couldn’t take care of her..

Siya (stroking his hairs) – Vyom!! Relex ..you are not bed father..you are best father in the world..

And it’s not time to cry we have to find her..

And i am with you..we will find her soon

Vyom looks at her with guilt and affection..

Everyone gather to listening his voice

He throws riddhima with jerk and she stumbles but holded by angre..

Angre – bhai what are you doing..

Riddhima (shouting) – I will sue you vansh raisinghania if you dare to say anything bad to my brother..

Vansh (shouting) – I am not talking to you..riddhima..stop bothering me..

Riddhima (shouting) – What do you think of urself ha..

Riddhima (shouting) – you are just good for nothing vansh!!

You can’t even find my daughter..till now

You also couldn’t take care of your daughter..

If their was our baby instead of her..then also you would have behaved like this..

I am thankful to god that I don’t share a baby with you..

Now i am regretting that i have given you a chance..

Vansh (shouting) – And i regret asking your apology ..

You want me to beg in front of you..

Riddhima (shouting) – i don’t owe any explanation to you know..

I am done with you and this so called relationship..

Ishani – what the hell is happening here..

) – Ask your beloved shivanya..the so called mother of your daughter..

First ishani lost her child because of riddhima and now vyom..

I am done..with this women..

I supported her alot and what she gave me in return..

Angre – both of you just shut up!!

Riddhima – no bhai!! Nobody will say anything today..

Everyone shut their mouth listening her..

Vansh – now What do you want riddhima

Riddhima – I am done..i am going..away from you and your life..

I just can’t bear ur reckless and ruthless behaviour now..

Angre – Bhai what are you saying..

And you mr. Raisinghania..i am going..and i wish you won’t stay happy ever..

Vansh (angry) – Out of my sight and this house..right now..

I don’t want to see your blo*dy face..

Everyone tries to stop her but she left with her luggage in rage..

Riddhima comes divastated in a dark room with her luggage..

Man (turning to her) – you look pale..and must be tired..take some rest now..i can’t see you in pain!

He comes near her and hugs her..

Riddhima (hugging him) – I am sorry i am troubling you alot..but this was needed..

The war is gonna difficult..