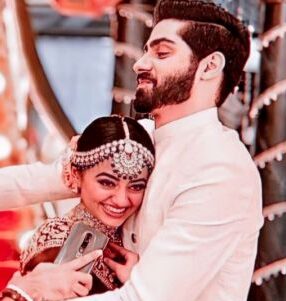 While Angre and his team were searching for her, me and Rudra uncle were patiently waiting for the doctor to come out of OT. Our wait was completed after few hours when finally, the doors of OT opened

Me: Doc, how’s my family (worried)

Doc: Mr. Rai Singhania, at present your other family members are safe but your sister Siya is critical. We have put her under observation, only time can reveal her condition.

I was broken to a high extent. Everything seemed a blur. My whole life turned upside down in just a night. I was clueless about what happened and why and how!!!!

Rudra: But Doc what happened to them? I mean suddenly all fell unconscious, sweating, foam, and body turned cold

Doc: Your family was poisoned. Hemlock was the slow poison given to them and it was given to them for the past 3 days and today it was a high dose because of which the effect was drastic and if am not wrong they were even exposed to inhale Hydrogen Sulphide. Thankfully they were bought here on time or else the effects of inhaling that more might have led to either coma, brain and heart damage, or even death. Siya being a minor still and as her immunity isn’t as strong as an adult the heavy dosage of poison led to her critical state. Though we have pumped out the poison and gave antidote her condition is critical still.

He left leaving me collapsed!!! I could never imagine someone trying to hurt my family to such an extent. But the major question was who could do that and why!!! And those chemicals… I was wondering how can those chemicals enter our house! After a while, everyone was shifted to their rooms while Siya was under observation in ICU. Rudra uncle was keeping a tab on everyone while I waited for Siya near her room when Angre came panting and worried, angry. His expressions freaked me as I sent him to get information on Ragini

Me (worried): Angre what happened? Is Ragini safe?

Angre (anger): Ragini is perfectly partying with her fiancée

Me (Confused): Angre am here

Angre: Am not talking of you… am talking about her fiancée

Angre (anger): All this poisoning is done by Ragini to take revenge

Angre: The truth Vansh!!! The truth (anger) And want to know what revenge? The revenge of her fiancée…… her fiancée Kabir!!!

The shock was an understatement for me, I was motionless. I fell off my feet unable to take the bitter reality. He held me trying to console me but I wasn’t in that mindset to even react to anything he was speaking on. He was revealing all that happened in those 2 years

Angre: It was all their plan Vansh!!! To avenge their so-called revenge for his father’s death. They have been planning to avenge us for years Vansh and as per their plan first Kabir entered into our family and after whatever happened we are aware. When he realized his entry into our lives has been banned, he made a way for his fiancée to enter our lives to fulfill his motive of killing all of the Rai Singhania’s as now his rage isn’t only against Chachi but all of the Rai Singhania’s as his last plan was foiled by all of us in some or the other way. So, he planted Ragini in our life and as per their plan, she started grabbing your attention, and everything that happened after her arrival was planned and executed by them. She wantedly started getting close to you while pretending to take care of Chachi and even started working in that restaurant just a week before your meeting there. They were having all the information of your schedule as to where you’d go, whom you’d meet, and when. That day in the restaurant she wantedly was grabbing your attention and what all happened after that was also pre-planned. She proposing you and you accepting and introducing everything was planned. It was their plan to gain the trust of your family and enter the mansion without anyone stopping. And when the marriage date was approaching they started getting afraid of failing in their this plan and to their luck, you got your meeting and you left for Delhi. Taking it as an opportunity Kabir prepared the poison and handed it to Ragini who started giving it to the family in their food. Not only that she used to release Hydrogen sulfide in their rooms through AC ducts. And today they learned that you are coming home much before than expected she gave them a high dosage. After making sure she released enough Hydrogen Sulphide for them to inhale and lose consciousness and eventually die she left the mansion and reached Kabir. And now, they are partying their success of killing the family and achieving their baseless revenge. It was all conspiracy against us Vansh!!!

Vansh: When Angre was narrating all this, I felt as if I lost my everything in a night. I trusted the wrong person and let them destroy my family. My one wrong decision of trusting an unknown led to my whole family onto the deathbed and my little sister is still struggling for her life. Only if I didn’t trust Ragini soon and didn’t get her into my life and house today everything would have been normal. Only if I handed Kabir to the cops that day when he tried to kill Chachi, then neither Ragini would have come into our lives nor she would have got a chance to hurt my family. All that happened only because of my one wrong decision. I didn’t even realize how that night passed away. And then the new morning did bring new beginnings and new me too. Siya was fine but she was recommended for complete rest as her organs & immune system had been affected a lot. After 2 days the whole family was discharged but Siya took 2 more days in the hospital. When they were back all were shocked and depressed about all that happened. And if there was anyone who was affected more than that was Siya. That trauma took a drastic turn in her life. Whenever she recollects that night she gets weak and panics. She was just 17yrs old and all this affected her mental state. That incident left everyone traumatized and I lost faith in everything and everyone; I turned myself into a cold-hearted person and the belief in God too faded as he wasn’t there when Ragini and Kabir were hurting my family!!!! I took the decision of punishing the culprits and with the help of Angre’s men and police we gathered strong evidence against Ragini and Kabir and they were arrested. As they couldn’t get proper evidence against Kabir but finding his role in this conspiracy, he was rewarded 1 year in jail while Ragini was sentenced to 3 years but citing the good behavior she was released before 6 months. In these 3 years many things changed, I arranged security in all the houses and restricted the moving of families without security. Most importantly I changed, I was never that jovial Vansh after that night. I was blaming myself for the trauma my family had to face. I distanced myself from everyone, I started spending my time at work away from any emotions or relations. I started being cold towards everyone. I forgot to smile, to live, to laugh wholeheartedly. I knew my family needed me most importantly my sisters but I couldn’t be there old bhai once again. I was afraid I might once again hurt them.

Vansh: Now that Kabir and Ragini were out of jail, they are once again in the pursuit of revenge for separating them and foiling their plans once again. The reason behind kidnapping you was to hurt and break me mentally. They wanted to show me the pain they went through when they were separated when in jail.

Vansh turned to find Riddhima crying on his shoulder. The mere thought of what he might have gone through seeing his family on deathbed hurt her. His pain wasn’t any less to what she faced in the orphanage. Seeing our loved ones on deathbed and almost losing his sister. He could feel her thoughts

Vansh: You are my strength and weakness Riddhima and so for your brother Angre and so you were their first target. The thought that only because of me in your life you had to go through their torture pierced me and I felt I might save you only if I distanced myself from you.

Riddhima: Vansh, how can you even expect that my life would be in peril because of your presence? In that case, even bhai is responsible for whatever happened with me right! So, even he should distance himself from me.

Riddhima: Vansh whatever happened in the past it wasn’t your mistake. You genuinely wanted to unite Kabir and Anupriya aunty but he being blinded by meaningless revenge couldn’t reciprocate your love. He lost a whole family who loved him truly irrespective of his birth father, Amar uncle gave him fatherly love which he couldn’t take it. And you thought warning him after his attack on Anupriya aunty would end his madness but he planting Ragini in your lives was something which you least expected. In fact, none could expect that he had Plan B. Ragini and Kabir have had their share of punishment for whatever they have done. And the way they behaved with me it was clear that the biggest punishment for them was not staying in jail but staying away from each other for almost 2 ½ years. I accept they are here for revenge of separating them, but is staying away a solution now? Don’t you think we have to show them unity is power? If being away from their love is the reason for revenge then even our love to stay together can be our weapon against them right! Now, we’ll fight against them if needed with love and the determination that we have to win against them to live together. Can we do that? Can’t we do at least that for our future and present?

Vansh realized that he can’t let his love become his weakness instead he has to turn it into determination to stay by her forever. He hugged her instantly as if agreeing with her. She caressed his hair as she felt him crying over her shoulders. She realized he needs to vent his 3 years of pain to free his heart and himself of guilt which he doesn’t deserve. Seeing him crying that way Riddhima’s heart pierced and her tears made their way to accompany him. After a while when he felt relieved of the pain, he broke the hug and she wiped his tears and kissed him on his forehead

Riddhima smiled and clung to his shoulder. Silence prevailed in the room, entangling their fingers, they sat there without uttering a word. As if the night was witnessing a reunion of 2 determined souls who have pledged to stand by their love no matter what hurdles they have to face.

So that’s all for today. Hope you guys are enjoying and please do comment and let me know your views and suggestions if any are needed.