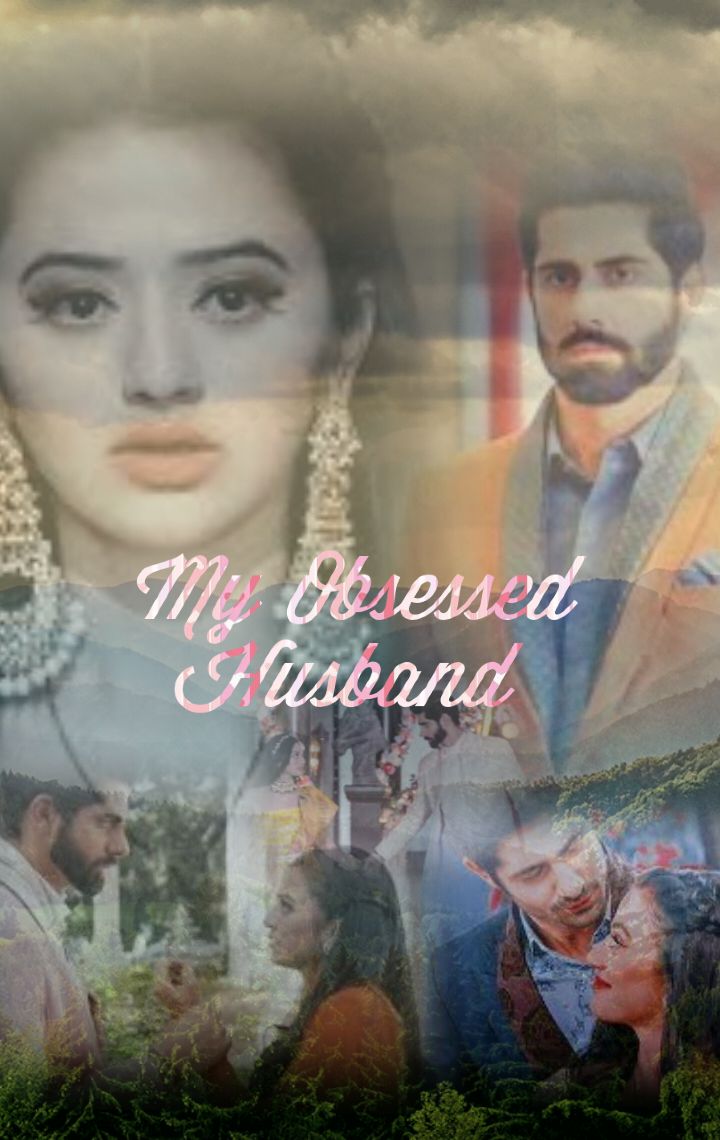 Sun rays peeps through the windows of a room and fall on a couple, both were sleeping in each other embrace. Girls face is hidden in his chest whereas boy kept his head on her while both of their hands were on each other’s waist. It was a feeling like they were getting the most peaceful sleep of their life.

There was a knock on their door. Vansh opened his eyes due to the knock and looked at Riddhima. She was sleeping with a cute smile crept on her face. He smiled and was again about to sleep hugging her when door was knocked hard. He glared at the door and left to open it.

As he opened he saw Aryan with a cake in his hand.

Vansh: What the hell are you doing here?

Vansh said looking at him from top to bottom.

Saying so he tried to move inside but Vansh blocked his way.

Vansh: She is sleeping.

Vansh said standing at the door.

Vansh looked at him throwing an angry glare.

Vansh: Why are you here with this cake?

He said pointing at the cake.

Aryan: Today is her birthday.

Vansh: As far as my knowledge is for a single person there is a single birthday, yesterday was her birthday right.

Aryan: Who told you? It is today, third day is today remember. Last Night I ordered this cake for her. Now side or….

He said looking into his eyes. Vansh moves forward.

Aryan: Or it will be worst.

Vansh moves forward and he back.

Vansh: What will you do?

He shouted out of the blue and pushed Vansh who fell on the sofa, he moved to Riddhima and threw the whole jug of water on her. All this happen so fast that Vansh was shocked. Riddhima woke up and saw Aryan.

Aryan hid the cake behind him.

Riddhima gave him an angry glare.

Vansh said sitting on the sofa both looked at him.

Aryan: She must have forgotten it was mishap.

Vansh glared at Aryan who chuckled.

Vansh: He threw water on you and you didn’t showed any reaction. Weird.

Vansh said looking at them.

Riddhima: It wasn’t anything new.

Riddhima said looking at him, while Aryan was shocked knowing what will be Vansh’s reaction.

Aryan: It was exclusively new episode, I threw it for the first time may be she had dreamt me throwing. Now I’m so handsome girls must be seeing my dreams even now so for her it’s common.

Aryan said and saw Vansh getting up and Riddhima was looking at him. He smashed the cake on her face.

He ran out pushing Vansh who fell on the bed over her. Both were shocked by all the sudden actions.

Vansh looked at her face and burst into laughter, while she was still in shock given by Aryan and on that Vansh was laughing at her face. She took the glass from the table and threw it over them in the same position.

Riddhima: I thought I’m wet only why not to make you even.

Riddhima said and instead of anger there was a smirk on his face.

Vansh: Want to be wet.

He said while she raised her eyebrows.

Riddhima: Excuse me, what do you mean?

Vansh smirked and got up.

Vansh: Nothing get ready, chopper is here we need to leave.

He said and moved towards the cupboard.

Riddhima saw him leaving towards washroom and taking a deep breath, slept again hugging the pillow and covering herself with the duvet.

Vansh came back and saw her sleeping under duvet, he moved towards the mirror and eyed her.

Vansh: How can she sleep in this condition?

He saw eying her as the whole duvet was wet.

He said shaking her, she saw him.

Riddhima: He is even not letting me sleep.

She mumbled it under her breath.

Vansh: At least go and get ready you will catch cold.

Vansh said pulling her down.

Riddhima: I have a good immunity.

She said and moved towards the bathroom. After few minutes she came.

Vansh saw her as she is rubbing her nose.

Vansh: I have a good immunity.

Vansh said mimicking her and burst into laughter.

Riddhima: I have its perfume…..Acchhuu… May be I’m having allergy.

She said and Vansh took the perfume and threw it out from the window and took out his coat and keeping it in the cupboard moved towards her.

Vansh: Are you okay? Shall I call the doctor?

Vansh said rubbing her back and once again she sneezed.

Riddhima: It’s not your perfume, it’s mine may be.

Riddhima said and Vansh looked at the vanity and saw her perfume bottle was open.

Vansh: Who brought this perfume here?

Vansh shouted and Riddhima flinched back at his tone.

Riddhima said and Vansh looked at her and moved out.

Even she got ready and after a while all left.

After 5 hours, all reached to VR Mansion. Riddhima entered and saw Uma standing at the door with Ajay. They did all the post-wedding rituals.

Vansh didn’t even looked at her and moved to study with Angre. Aryan came to Riddhima.

Aryan: How was my birthday gift, belated one only…

Aryan said and Riddhima looked at him.

She said and saw Angre coming there.

Angre: Aryan, boss is calling you.

Aryan: Forget that Angre, Where were you last night? Your new bhabhi want to ask.

Angre: Bhabhi I was with boss then I went to sleep.

Angre said looking at her.

Aryan: Why you were with bhai?

Aryan asked and Riddhima glared at him.

Angre: Boss asked me to meet him in the study after wedding.

Angre said looking at Riddhima and Aryan winked at her.

Aryan: We know that Angre, what you were doing there?

Aryan asked and saw Riddhima glaring at him.

Angre: Bhabhi, Bhai asked to call the chopper and…

Angre said innocently looking at her.

Riddhima: Angre stop I don’t want to know you can leave…

Riddhima interrupted him and Angre nodded and looked at Aryan.

Aryan: What I’m not your boss?

Aryan said and Riddhima looked at him confused.

Angre: Boss is calling you, Aryan.

Aryan nodded and followed him. A hand came on Riddhima’s shoulder, she looked behind to see Uma.

Riddhima smiled and leaves towards the kitchen

Vansh was sitting on his chair when Aryan came with Angre and Angre left the room.

Aryan: Bhai what happened, you called me?

Vansh: Whatever you said in the morning it wa………

Aryan: It was a complete lie, neither today is Bhabhi’s birthday nor I threw any water on her before, I swear bhai.

Aryan said and kept his index finger on his throat.

Vansh said and kept the paper weight on the table Aryan moved out and peeped in.

Aryan: All the best bhai.

Vansh looked at him raising his eyebrows and he winked at him and left leaving him confused.

Vansh: What he meant by that?

Vansh shrugged it off and started working on his laptop.

Riddhima was working in the kitchen making kheer. She saw the sugar was on the upper-self. She jumped there for few minutes.

Vansh who was passing by talking on the call saw her jumping so came inside and his eyes went on the upper-self. He moved to her and keeping his phone between his shoulders, lifted her by her waist shocking her. She craned her neck and saw him.

Vansh: You aren’t so thin, so pick it up fast.

He said and she took the container and he safely landed her on the floor. Keeping his phone aside from their face.

Vansh: You should have done some yoga, at least height would have increased sweetheart

Vansh saw her face which was now holding anger, he left.

{I wish if I could say, If you are tall then what’s my fault should I go and stick to the pillar and become stiff, My height is not short now people are pillars so what should I do. But leave it well, who knows that instead of kheer, bitter gourd be eaten.}

She said and chuckled at her own thought. After a while Aryan came there and saw her cooking.

He said smelling it.

Riddhima: How is it?

Aryan: Are you making it for bhai?

Riddhima nodded at it and smiled.

Riddhima frowned at that.

Riddhima: Its kheer not biryani.

Aryan said and added salt in the kheer.

Riddhima: Aryan are you mad? Who will have it, then?

Aryan: I said na bhai loves salt and this one was for bhai so chill….

He said and added another full spoon.

Riddhima: Aryan it’s too much.

Aryan ignored her and mixed the dish.

Aryan: It’s ready to be served to bhai.

Aryan said and Riddhima looked at him and left with it.

Aryan: All the best bhai.

Riddhima came out with the dish and saw everyone was waiting for her.

Riddhima smiled and served them and then to Vansh but saw Aryan first who blinked his eyes.

Vansh took the spoon and then within a second spits it on the floor.

Vansh: What the hell Riddhima? Who adds salt in kheer?

Vansh asked cleaning his mouth with the tissue.

Riddhima said and Vansh looked at her.

Riddhima nods at him.

Riddhima: Aryan said that you eat kheer of salt.

Vansh turned to look at the chair Aryan was sitting but didn’t found him.

His phone rang picking up the phone he saw Aryan’s name flashing.

Aryan: Don’t worry bhai, it was only salt and I already said all the best. Bye….

He hanged up without letting him say. Another bowl was kept in front of him. He saw Riddhima standing there. He smiled and started eating.

Angre came there with a bowl.

Angre: Ma’am all the arrangements are done.

Angre said to Uma and she nodded.

Uma: Woah at night I decided to keep Reception party.

Uma said and they nodded except Riddhima who looked at Vansh who was busy with his phone.

Saanvi and Anupriya were scrolling through their phone sitting in the hall.

Saanvi: Mom where is dad?

Anupriya: Had he ever came here for full day? God knows where he is always…

Anupriya said scrolling on her screen and then a message dropped on her phone.

Anupriya said reading the message and Saanvi snatched the phone from her and gave a smirk.

Saanvi: Today is not their reception, today there will be a havoc in Riddhima’s life.

Saanvi said getting up from her place and smirked.

Anupriya: What do you mean?

Anupriya said coming in front of her.

Saanvi: Have patience mom. Don’t worry at the end of the day your daughter will be the only queen of Raisinghania.

Hope you liked the chapter …………

Sorry for any grammatical mistake….