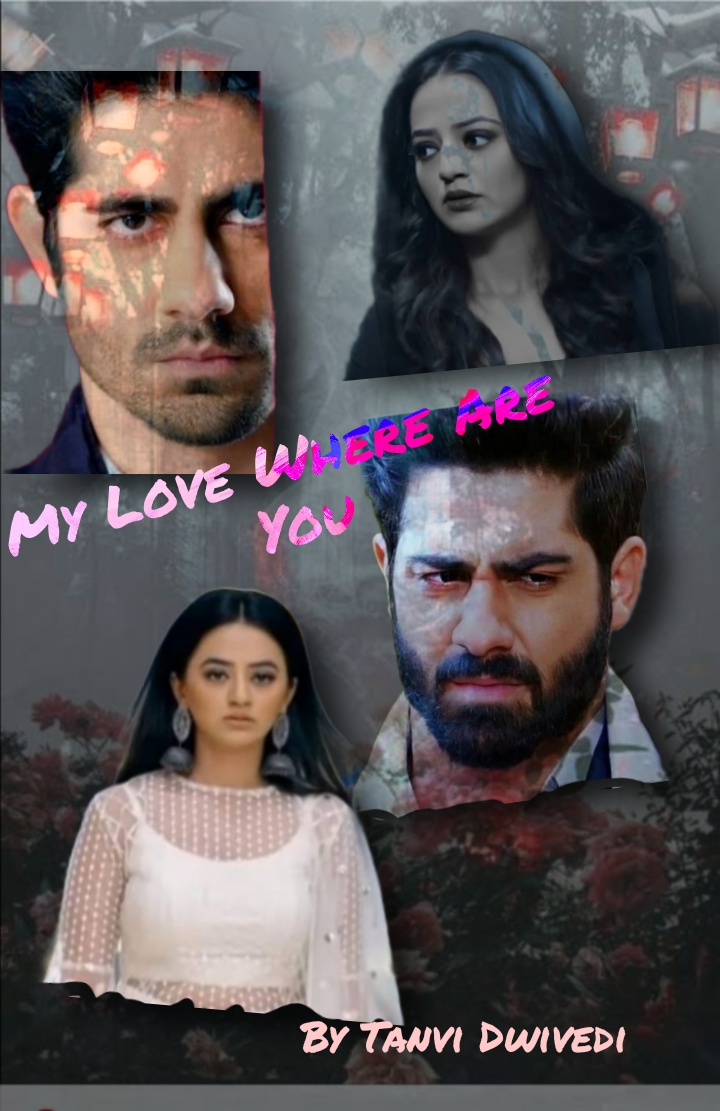 Hii everyone!! Thank you for your lovely comments but I couldn’t reply.  My exam date is out so will not be writing as soon as I get my time table. Enjoy!

‘Bhai’
A voice nearly crying which was familiar to Vansh came. It was Ishani. She had some reports in her hand. Tears covered her eyes but didn’t fell. Vansh made Ishani sit and took the reports in his hand.

Vansh was hell shocked seeing those report. His hands were shaking. Was she not a betrayer? All though a girl would never stoop so low for her plan to do such thing. He was still unable to find the reason of Ishani’s crying. Angre was trying to ask her while Riya snatched the other report from her hands;read it, and sat down crying. Vansh with eyes filled up picked the second report.

Vansh broke down. For the first time, infront of everyone. He was crying. He was crying as badly as no one thought. He punished his own love, he killed his own child. Angre tried to console all of them, but how could one alone person who is himself trying to control his tears console all the other?
On the other hand, Vansh was having a blurry vision due to tears in his eyes, he silently went to his room and closed it from inside. He sat down near the edge of the bed near the drawer.
He opened it and looked at the picture of their marriage. Vansh was blank, totally blank. He was the reason of the death of an innocent sole who was a part of him. Before he could move to his breakdown friend- alcohol; Angre entered the room.

Vansh: Angre, find my Riddhima. Where is her..whatever she is. Ask her where she is and find her.
Angre: That’s why I came boss, she left the house leaving this note.

Vansh took the note from him and crushed it. He thre it away and opened his bottle and drank one bottle in a gulp. Angre was watching him broken, Vansh’s  guilt was killing him from inside. Now he had to find HIS Riddhima at any cost, whatever he has to do.

I am a murderer….

Vansh said with a trembling voice. Jis voice had rage, fear, guilt, sadness and moreover anger. Why didn’t Riddhima tell him? Why Riddhima left silently? Why she didn’t tried to prove herself guilty? And the main….Why was she marrying Kabir?

It was night by now, Angre made Vansh drink lemonade and puke so he could actually get out of trance.

(Get to know anything?)

(No Boss, the reports came here because they have the address of VR Mansion)

(What do you think Angre? Why did Riddhima say yes to marry Kabir?)

Angre became restless on this question, he can’t lie to him and even can’t break his promise. He decided to choose upon one.

(Don’t know boss, there is something we don’t know)

(You can’t lie to me Angre. Tell… What are you hiding. If you will hide things from me who will I believe on?l

(Boss even I want to ask something, where is Kabir?)

Vansh stood up, after a lot of thinking; he exhaled a deep breath.

Vansh: When you will tell me what you are hiding, I will tell you where he is. Say. Deal?

Here a small figure in her black hoodie, entered the office. With full courage, she ju ped through the window and started searching between the files kept in the office. Using a flashlight, she saw every single letter of the file.

The voice made Riya confused and she ducked inside the table. They were Vansh and Angre. Vansh directly pulled the chair and then Riya from beneath the table.
Vansh holds her neck chocking her.
Vansh: Kahan hai meri Riddhima?
Riya/Riddhima: Tumhari?… Kab….oh… You…used her…..for..pleasure…for….. satisfaction…..

Vansh leaves her listening her words.

(Translations: Dead. Riddhima is dead. The day Kabir used her just like you did. The difference was she was happy with you and forced by Kabir)

It was enough to break Vansh. His tears were flowing like river. He fell on his knees, crying ….and fainted.

You know Vansh? I am very happy today. Riddhima said calmly to Vansh.

Wow that’s nice. Vansh’s voice made Riddhima confused and she turned back only to see him talking on the phone near the bed. She stood up on the bed and swinged herself on him.

Riddhima, not now I have some work. Vansh said cutting his call.

When do you have time for me? Riddhima asked looking at him innocently.

Vansh slowly moved closer to her making her cheeks red, she fell on the bed and Vansh upon him, caging her in his arms. Riddhima’s cheeks and nose were turning tomato red seeing which Vansh smirked.

Close the door from inside!!!

Vansh opened his eyes, seeing himself on the bed; he stood up. His angriness was at its peak.

A week yet familiar voice echoed in his ears. He turned back and looked all around the room.

Riddhima where are you? Vansh exclaimed looking here and there. His eyes got wide when he saw her, but she was not Riddhima.

Starting from the start…. Said Riya in an irritated way.

I am going to tell him, every single thing. This shitty man doesn’t deserve to know but all about but she loved him. Oh god…I have to tell him such a long story… So I started telling him.

Me or Riddhima never remember how we came to orphanage and when. As told to us, we were 4-5 years old when we came and I was adopted the very next day. And I parted my ways with her. Never ever went to that place cause it’s heaven from outside but inside it’s hell. Whatever. Last week I went to the hospital and saw her for the first time, as I knew she was my twin. I hugged her and realised she was already crying. I asked her the reason and she told me she had a miscarriage because of stress given by YouR fake death.
Rita’s POV ends

“So Riddhima is your sister?” Vansh asked.
“Was, I think” Riya replied

Vansh was suprised. If Riddhima is not with her then WHERE IS SHE?

Wen went back to his room without listening a word and lokked at their picture. We stood at the window and watched the rain…which was same pouring through his eyes.

My Love Where Are You?

The question took a rise in his mind……

The truth is out now.. what do you will happen now? Comment your review. Hope I have did the translations well. Keep loving!

The post My Love Where Are You- RiAnsh EPI 5 ‘The Truth’ appeared first on Telly Updates.