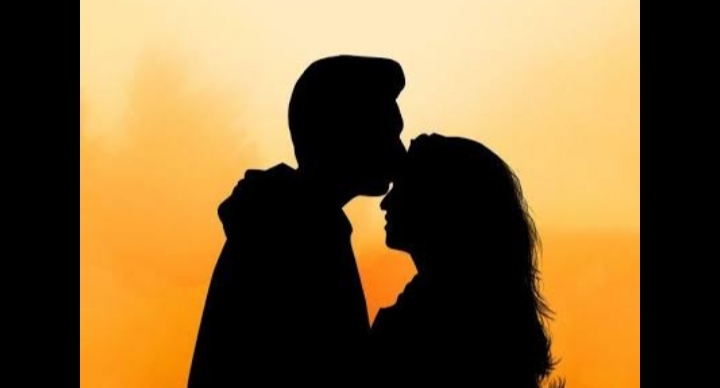 Hii everyone!! Thanks for your love on that OS… This is one more…

Riddhima was leaving VR Mansion. And Vansh was standing there emotionless. Riddhima moved on but a voice stopped her.
Riddhima!

She turned behind and saw one more Vansh. Or we can say the real Vihaan. He came to her and hugged her tight. Riddhima felt something and hugged him back. She started crying, weeping and sobbing. A total heartbreak for her.

You knew me, I was the one being Vansh since long time. And I love you Riddhima. I love you. Vihaan blundered in one breath.

Riddhima looked at Vansh who smirked.

Sin… since when were you in …in..his…place..? Riddhima asked trying not to stammer.

Riddhima was in utter shock. The one she was loving was not Vansh, but Vihaan. She tried to match all things. This means it was Vihaan who jumped from the cliff and Vansh being Vihaan. That’s why he was doing all this. But still, she believed that Vansh loves him.

Before anything else, I will first tell the truth. Riddhima said confidently.

I don’t need anything. I want you. Vihaan replied with full love.

So take her! No one wants her here, I am going to stay forever with Vansh. Ahana said.

Riddhima didn’t even look at Vihaan and was looking straight into Vansh’s eyes.

I always wanted a happy family, a small and beautiful one. Kabir entered my life as a PT Teacher. Full of elegance, I didn’t knew what love is…. Kabir and I came into a relationship. The day he told me he is an officer, I was shocked yet proud. Kabir made me blind in his words. He said to me that Vansh is a cold blooded murderer, an illegal businessman. And what not. Riddhima exhales a deep breath and continued.

When I and Vansh got married, I was broken. The one I had always thought about was far away from me. I was still busy spying when I came to know about Vansh’s mother. I developed a soft corner for him. You know why? Cause I am homeless. Being orphan witha family and being orphan without a family had different perspective.

The one I started loving was Vihaan. Not Vansh.
Riddhima’s eyes filled of tears making a blurry vision for her.
Now Vansh was the one standing in shock. Vihaan having a smile of relief.

I told Kabir that Vansh is innocent and he did nothing, he was shocked. I broke all my ties with him to start a new life only with my love, my life. Vansh. I mean Vihaan.
These words of Riddhima were enough for Vansh to understand what he had did and he was well-known what was going to happen now.

After Vansh jumped from the cliff, even I tried to jump. But Kabir stopped me. He entered the house and then, I got to know the truth.
Kabir manipulated me. The world I was loving in was a lie. I thought I am the reason of my husband’s death. And Kabir started blackmailing me.

A lone tear escaped Vansh’s eyes. Riddhima wiped her tears and moved to Vihaan. Vihaan sat on his knees.

Pyaar karte ho mujhse? Riddhima asked.
(Do you love me?)

Vihaan nodded in yes. Riddhima sat down at his level. Now Vansh was awestruck along with Ahana who had no words to say.

Let me tell clearly, I am ready to move on with you. Riddhima said with a smile.

Vihaan took her bag from Riddhima and they moved towards the gate. Vansh ran to Riddhima and stood infront of her.

(Riddhima, don’t I owe an apology? You can give me any punishment you want to. Don’t leave me like this…please)

Vansh said with a broken voice. Riddhima looked at him. He was in verge of crying.

Don’t stop her Bhai! Let her go! Ishani and Aryan shouted from behind.

Your punishment is to live without me, happily or sadly, it’s your choice.

Vansh sat down on knees while Ahana came and hugged her. Vansh hugged her back.

Riddhima asked the driver to take them to airport whil Vihaan was continuosly smiling at her.

Wasn’t it too much drama? Vihaan asked on which Riddhima chuckled.

So what do to? Your family would have never taken me back. You left them for me na? Riddhima said.

She rested her head on his shoulder and both of them giggled….

End of this OS!!
Hope I came out as you all expected. Now make your theories regarding the end!!

so hope you all liked it. Do comment your reviews.

The post Moving On…. RiAnsh OS by Tanvi appeared first on Telly Updates.