New Delhi: Actress Mandira Bedi sure knows how to shut a troll online. Recently, a hater dropped a nasty comment on her photo, asking ‘from which slumdog centre’ did she adopt her daughter.

The popular actress-host Mandira Bedi highlighted the comment and replied to the troll in the perfect way. Check it out here: 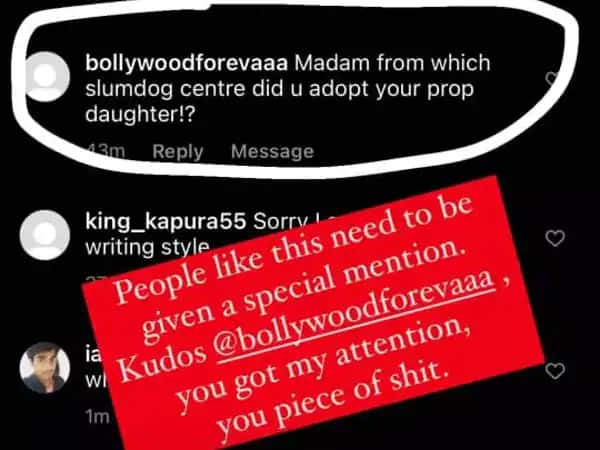 She also called out another unsavoury comment by one more troll: 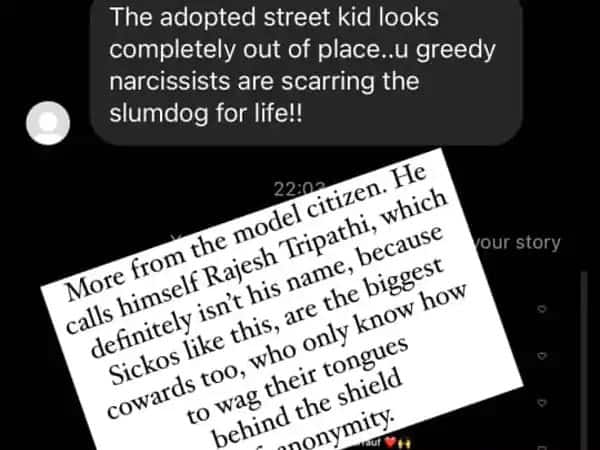 In October 2020, Mandira Bedi and her husband Raj Kaushal shared that they have adopted a four-year-old girl named Tara. Mandira has revealed on Instagram that Tara became a part of the family on July 28, 2020, in a heartfelt post.

Mandira also posted a picture of Tara sitting between Mandira and her husband, Raj Kaushal. The couple already has a nine-year-old son Vir.

Mandira Bedi is majorly into fitness and gymming. She often flaunts her washboard abs on social media and has a fan following of 1.4 million on Instagram alone.