If we talks about the shows which has made a prominent mark on Indian television then we would not miss Kundali Bhagya. It came as a spin off to Zee TV’s popular show Kumkum Bhagya and has done pretty well for itself. The show even ruled the TRP charts for many months at a time. Now the show has completed 4 years on tube and well it is something which is a dream for many.

The cast of the show took to their social media handles to celebrate the same. Manit Jorua, who plays Rishab Luthra on the show, shared a picture where he is seen posing at an airport with the other cast members Dheeraj Dhoopar, Shraddha Arya and Anjum Faikh.

Sharing the picture Manit wrote, “Completed four glorious years today. Thanks to each one of you for your eternal love. Much love”. Sharddha Arya revealed in the comment section that it was their first picture together. Dheeraj and Anjum too shared their love for the memory along with hundreds of fans in the comments.

Kumkum Bhagya’s Sriti Jha aka Pragya too shared an Instagram story congratulating the team on the journey. Kundali Bhagya, which first aired on television in July 2017, is a spin off of Kumkum Bhagya. 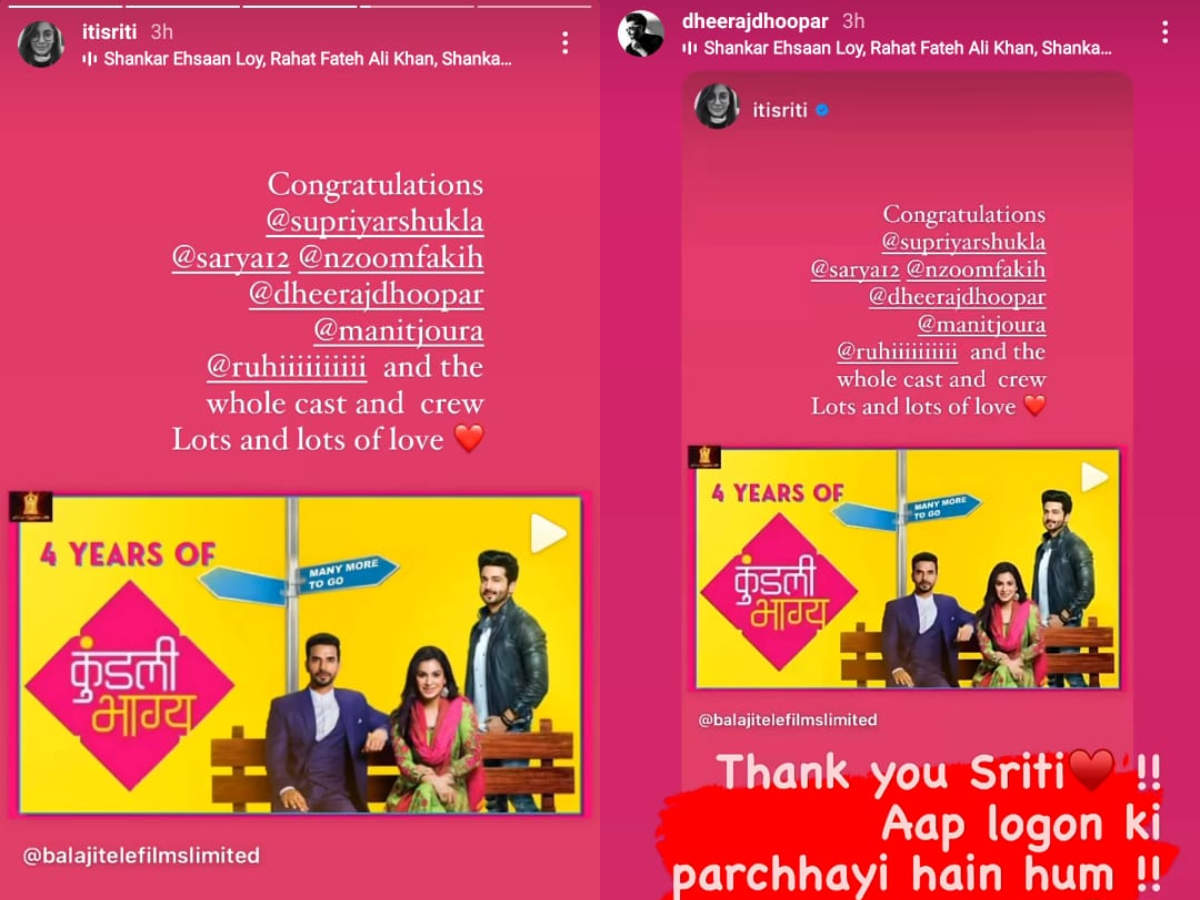 Actor Supriya Shukla, who has been a part of both the shows as the mother of the female protagonists, shared a collage picture with the team and wrote, “4 years of kundali bhagya…12th July 2017 To….12th July 2021…N many more years to All in the team ” 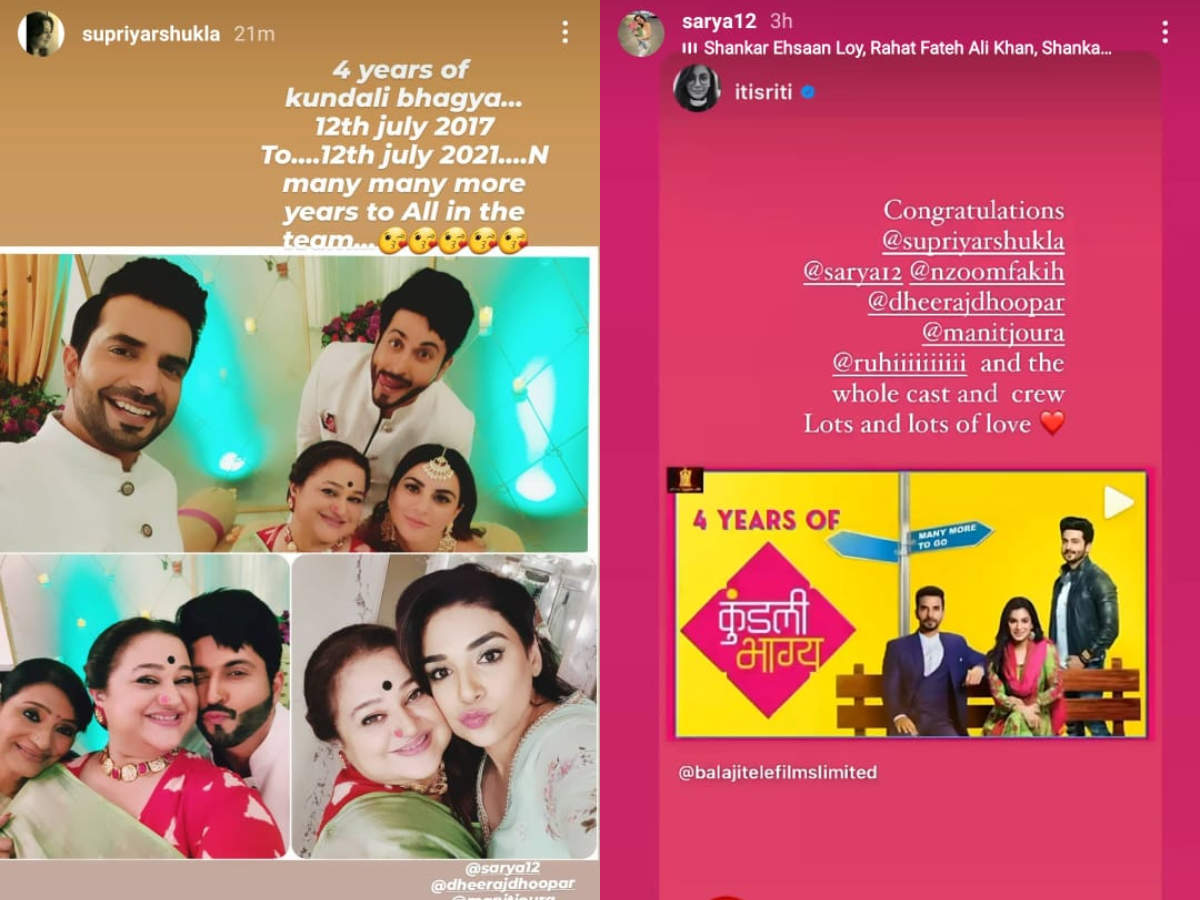 The show will also touch the 1000 episode mark in coming days. All the cast members shared a promotional video of the special episode on their handles.