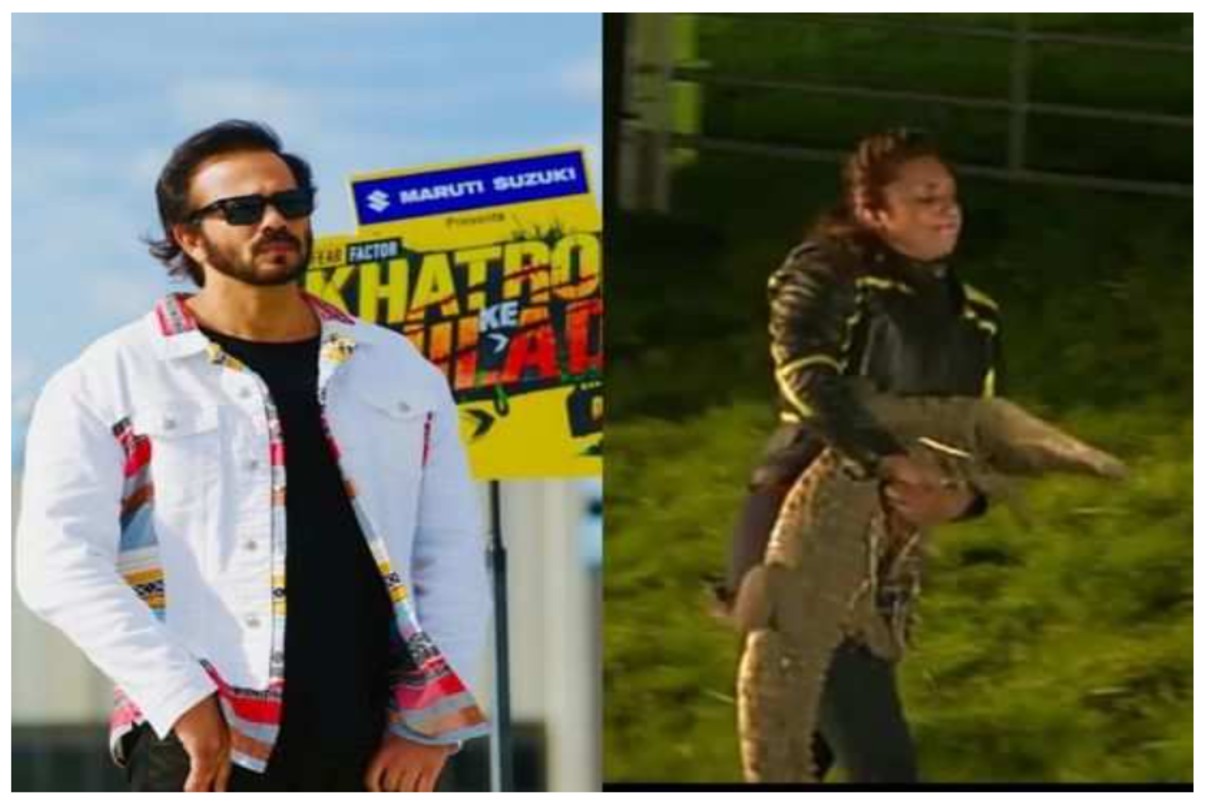 The wait is over as the much-awaited stunt based reality show Khatron Ke Khiladi 11 has finally gone on-air. Though the audience was not able to see every celeb in action in the first episode, the ones who did perform, won everyone’s heart. Amongst the ones who performed, Divyanka Tripathi not only surprised her fans but also host, Rohit Shetty, with her daredevil side.

Divyanka’s first stunt of the season was to guess a song by the sequential description of emojis. Once she guessed the song, she has to open a box,  pick up the alligator in it and then transfer it to another box. After performing the same stunt with 2 different animals, Divyanka had to enter a cage and unlock the show’s flag and come out, all in the presence of a Hyena.

Divyanka performed the stunt in the least amount of time but what struck everyone was Divyanka’s style of carrying the alligator.

Rohit Shetty praised Divyanka for her bravery and said that he sees her as one of the finalists.