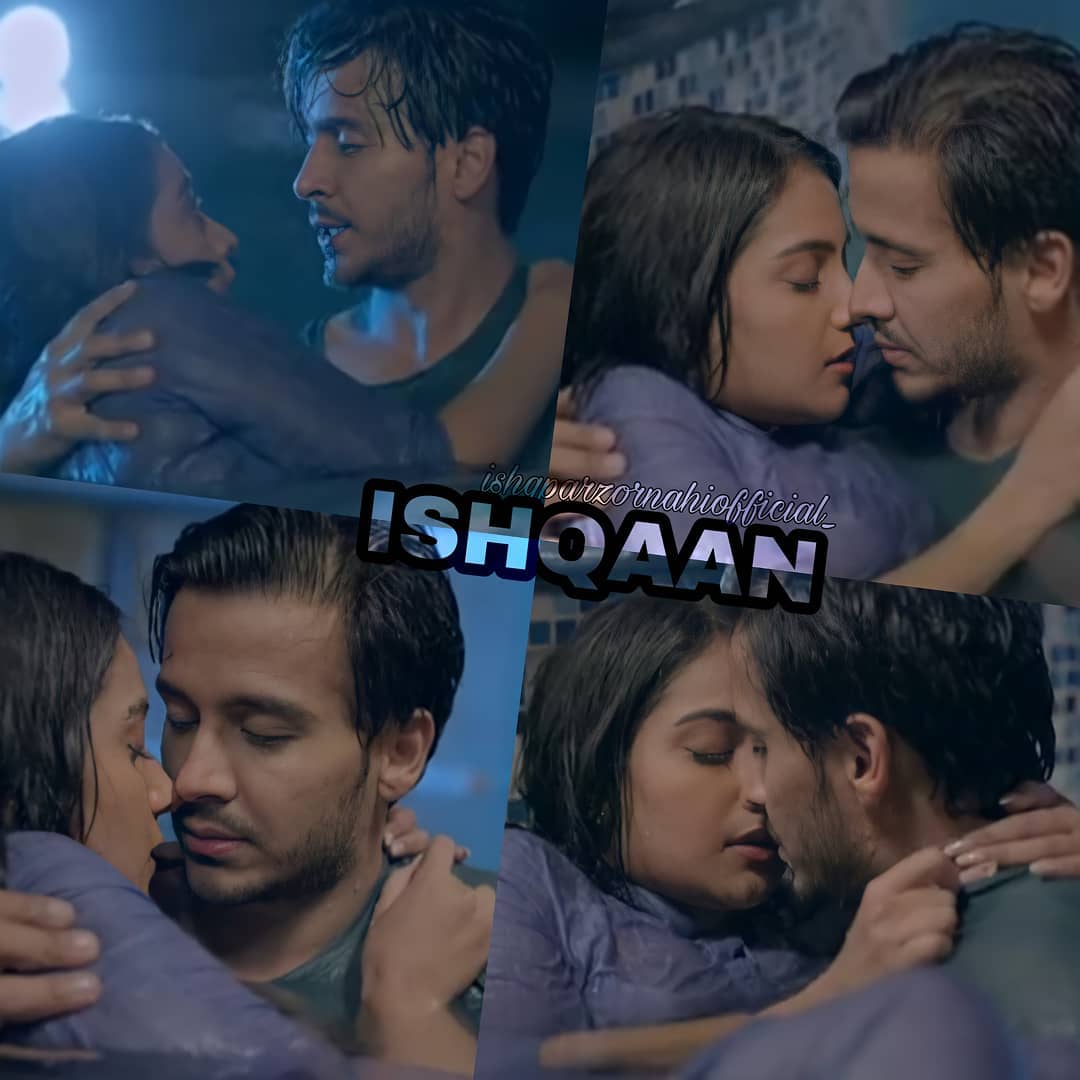 Hey Guys.. the next part is here.

This part is where my heart got the most involved, feeling all the emotions. I hope you all feel it too.. please  comment

A few of you asked me my Wattpad username, archiya_love. You can follow my work there too, if interested

This part is dedicated to dearest Myra, hope you like it.  Thanks a lot dear for your awesome comments, they always make my day more brighter.

Ishqi drove in full speed the next day to Ahaan’s house, she came to the door, but it was locked. Did Ahaan leave already? She panicked, there were a lot of things she had to tell him. She tried calling him, but it was switched off, she tried Karthik’s phone, but it was unreachable. She dropped to her knees; her legs were not supporting her anymore. Did she push him so much that he already left, even without seeing her one last time or bidding goodbye. She felt empty from within, and her heart heavy. Tears started flowing from her eyes.

At the other side Ahaan had reached Ishqi’s home. He wasn’t going to leave without her, he had come to persuade her to accept him. He came to the door and rang the bell multiple times but there was no response. His heart sank, did she just go to work and forget about him, was she ready to just let him go. Did she not feel anything for him? So many questions flooded his mind, but memory of last few days returned giving him some hope. He had seen love in Isqhi’s eyes, he couldn’t be wrong. He took out his mobile to call her, but his battery was dead. He cursed and just threw his mobile. Everything was going bad today. He thought he could meet her at her office and started driving.

Isqhi had cried enough kay kar rahi hai Isqhi, rone se kuch nahi hoga” she told herself and wiped her tears. With determination she decided she will follow Ahaan this time. She got into her car and started driving towards her home.

One last time she tried reaching Karthik and the call connected.

“Why the hell was your phone not reachable” she literally screamed

Karthik moved the phone away from his ear, thinking the girl has gone crazy “Tower ko move kardo Isqhi”

“Where is Ahaan” she asked directly, thinking Karthik’s drama will keep going.

“Looks like water has gone in my ears I can’t hear properly, say it again” he says putting a finger in his ears and shaking it, he was sure he heard wrongly. He knew they both loved each other, but also knew Isqhi had put her brother on hold.

“you heard it right devarji, where is Ahaan. Did he leave already” her voice lowered?

“He went to your home to convince you, but where are you” he asked

“And here I came to convince him…I am going to him now” she says and cuts the call.

The clouds rumbled, and first drop of the rain fell on Karthik. He looked up and thought, even the rains are celebrating Isqhaan.

Isqhi thought about last night, she had kept tossing the whole night in her bed. There was a battle between her mind and heart. Her mind told her that they were still not compatible, even though Ahaan thinking had changed. Her heart told her she loved him, and they both will have to adjust and change for each other. That’s how a marriage works. It’s all about caring, sacrificing, and loving each other. She was sure that he won’t tell her to stop working.

Now as she drove towards her home, she was more than sure that this is what she wanted. The thought and feeling about his leaving her literally broke her. She felt all alone, and she didn’t want that. She loved Ahaan and he loved her. They would make this work.

As she was driving, it started drizzling. She loved rains, but not today. If it started pouring, she might not be able to drive fast.  While she was driving, she notices a car on the road, and a guy standing next to it. He looked like Ahaan. She slowed down and it was indeed Ahaan. She got out of the car and ran to him.

She came and stood beside him and he turned. And they both just looked at each other, no words were necessary as their eyes spoke volumes

Ahaan neared Isqhi “ I.. “ he began, but Isqhi put a finger on his lip. And just then it started pouring. But they both were so consumed by their feelings that they couldn’t feel it.

“You always tell me how you feel, but today I am going to tell you how I feel” she slowly removed her finger, but he held her hand before it reached down.

“I love you Mr. Ahaan Veer Malhotra. Initially I thought you were very rude and arrogant person. But l slowly realized you care so much about your family. You always supported me when I had problems and understood them when no one did.  You have 1921 thoughts only because you have some past scars”, she puts her hand on his heart and a tear rolls down her eye, reflecting him” I am going to heal that pain Ahaan. Last few days you were there to support me, even though it went against your thinking. Now I want to do it, become a part of your life and understand your thinking too”

She kneels “Our both thoughts are ways apart. We may take time to adjust to each other, but I believe our love and our love for family, will cross all those barriers. I love you a lot and want to spend the rest of my life with you. Will you be mine and take the risk of spending your life with me”?

Ahaan couldn’t believe this was happening, his Ishqi was asking him to become hers, when he already was hers, mind, and soul.

He kneels too” where is the ring Ishqi” he asks

“Hmm what” she asks surprised, here she was laying her heart out for him and he was asking for ring

“Proposal without a ring??” he jokes, and the look on Isqhi’s face gets him laughing. She hits him and he laughs more.

“Ahaan stop teasing me, I am going, I hate you” she asks and starts getting up but he pulls her back

“Just now you were telling me how much you love me and now all of a sudden you hate me” he teases” Ishqi, I love you a lot, whatever you said is true, but with our love we will try and overcome all the barriers. I was and will always be yours. I promise to support you with whatever you want to do in your life”

He held her face and whispered in her ears “I am willing to take the risk” and her whole body shivered.

He removed his jacket and covered both of their heads with it. His lips touched hers, and they both could feel the current flowing through their bodies. He pulled her closer and deepened the kiss.

No questions for today.. just enjoy the episode