New Delhi: In what looks like yet another Bollywood big fight, after Kartik Aaryan’s ouster from Karan Johar’s Dostana 2, the latter has reportedly unfollowed him on Instagram too. The move is being speculated after the actor’s ‘professional differences’ being the reason for his exit.

Interestingly, Kartik Aaryan is still following Karan Johar on Instagram but the latter is not. Look at the screengrab: 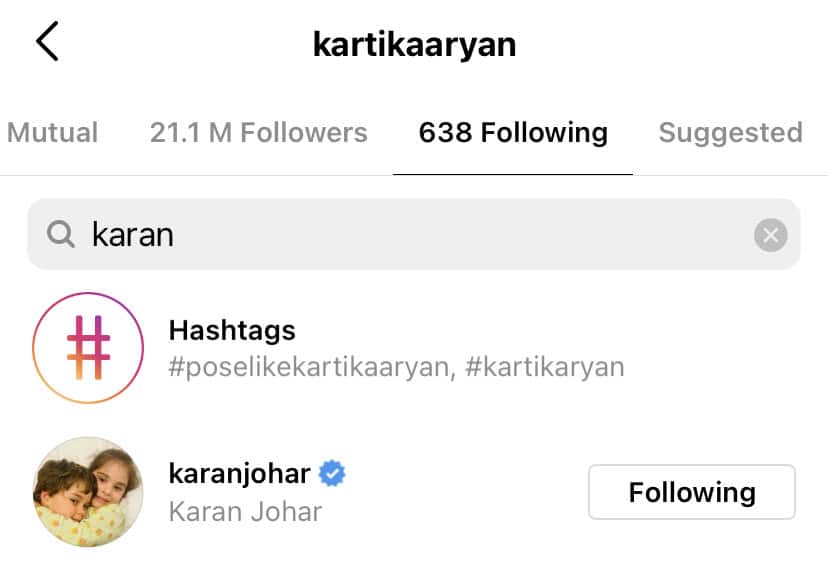 For the unversed, on Friday social media burst out its anger when reports of Kartik being ousted from Dharma Production’s much-hyped Dostana 2 broke the internet. Soon after this news was all over, the production house owned by KJO released an official statement. 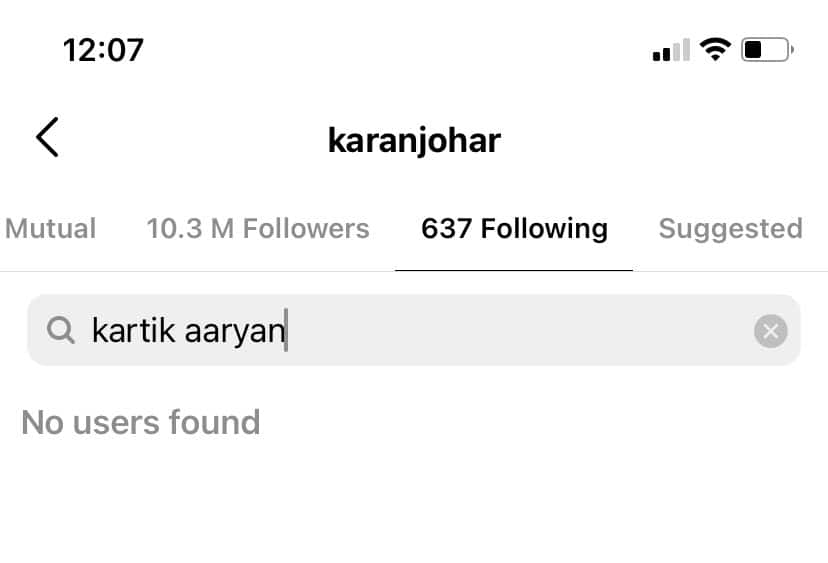 According to the statement, the makers will be re-casting for ‘Dostana 2’ but nowhere mentioned that Kartik Aaryan has been replaced, specifically.

Dostana 2 was announced in 2019 by Karan Johar. The film stars Janhvi Kapoor in the lead role with newbie Laksh Lalwani along with Kartik.

The romantic comedy film is directed by Collin D’Cunha and produced by Hiroo Yash Johar, Karan Johar and Apoorva Mehta under Dharma Productions. It is a sequel to the 2008 release ‘Dostana’ co-starring Priyanka Chopra, Abhishek Bachchan and John Abraham.

Kartik Aaryan has not yet made any statement on his unceremonious exit.