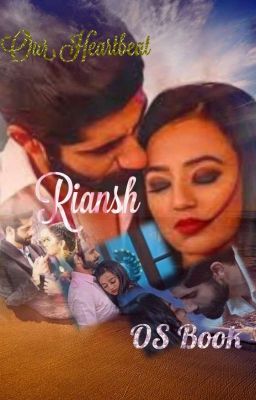 A voice echoed in the whole classroom.

Riddhima shouted and looked around to see all were looking at her. She looked at her friend Gauri.

Miss. Riddhima Sharma, what was that?

Riddhima looked at her English teacher who was standing in front of the blackboard with a chalk in her hand.

Nothing ma’am actually I got shocked to see the date.

Riddhima said looking at the date on the blackboard.

Why? What’s wrong with it?

Teacher asked looking at the date and then at Riddhima.

Ma’am actually today is my Gauri’s birthday so. Actually I forgot.

Riddhima said looking at Gauri, who was shocked by her statement.

She didn’t replied as she was in shock. Teacher ignored it and started teaching, Riddhima sat down and before she could say a slow voice.

Sejal said and looked at them.

Gauri said looking at the blackboard.

Behave maturely, if you guys will give me such a sudden shock. Then the reaction is normal. And Sejal you who told you I have a boyfriend.

Riddhima asked looking at her.

Whole class knows about it, and please don’t shout.

Riddhima looked at them shocked.

Wait let me digest these many shocks then tell me the name. First of all, you both said there is a rumor that I have a boyfriend. A boyfriend whom I don’t know, I haven’t seen him ever and even I don’t know his name. Interesting….

Riddhima said playing with her pencil.

Yes Ma’am, and the point is same is his condition, someone is there who spread this news. Something is wrong Daya.

Gauri said keeping her hand on her chin.

Bell rang and all left the classroom as it was lunch break leaving them. Riddhima sat on the table looking at them.

Guys, its time to be a detective and serial killer. I will kill that guy who rumored this news.

Riddhima said playing with her compass.

I won’t kill anyone, I’m an innocent child and I love my hands and if I’ll murder anyone that red blood, no I won’t.

Gauri said and looked at both faces.

I’ll wash it now tell what should we do first?

Before she could say she heard Riddhima’s shout.

He is not my boyfriend now tell further.

Riddhima shouted and both sat straight.

Ok sorry, now listen you need his help as even he would be searching for the person. So you both can team up and search.

Ok search for my so called rumored boyfriend.

Riddhima said and looked at their horrified faces.

I can’t all will think I really have a crush on him.

Riddhima told and they nodded.

Next day, Riddhima was roaming in the classroom as it was her free period. She was about to take a turn when her petite figure collided with a hard chest.

She was about to fall when he caught her from her waist due to which the book he was reading fell on the ground.

Riddhima looked at his dark orbs which was much deep then ocean, sweeter then chocolate and attractive. She got lost in those orbs and kept her hand on his shoulder, whereas as she kept her hand he grabbed her waist more tightly as if her touch was enough to rush a shiver down his veins. Both were lost in each other forgetting about the students who were passing-by.

Gauri and Sejal came and patted there shoulder breaking their trance. Both got as they realized their position and turned around.

Riddhima was turned around to say sorry but didn’t found him.

So we got our jiju.

He is the one na.

Riddhima was shocked by their statement.

It was our first meet.

Riddhima told and both nodded.

But you both were lost as if you met each other first time only in this birth and knows each other from many births.

Gauri said and looked at both faces. Ignoring it trio left towards the library.

Riddhima was shuffling through the books when Sejal said.

Sejal said out of the blue.

Array, your rumored boyfriend. Want to meet him even I’m excited to meet him.

Gauri said and jumped on her place.

Hold on, Yaa I want to meet him but alone. No one will follow me, No one means no one.

Both nodded as she said.

Ok so in which class he is.

Same class but different sections, B.

Riddhima asked and looked at them.

Gauri said on which Riddhima nodded and both heard a voice.

Trio looked behind to see the same boy with whom Riddhima collided in the morning.

Gauri asked passing him a smile.

He asked and they looked at each other.

All three said together.

Just now, you said na Vansh Raisinghania. I’m the one.

Riddhima said looking at him.

Actually I collided with you in the morning. So sorry.

Riddhima said on which he laughed shocking them.

Gauri whispered to Riddhima who hit her shoulder.

Actually its ok, no need to be. It was even my mistake.

He said on which they nodded and he left.

Gauri said as if shocked.

So what should I do with him?

Riddhima asked and again picked up the book.

Array idiot, he is your boyfriend, I mean rumored so at least talk to him.

Gauri shouted and Riddhima looked at her.

She said while ruffling through her hairs.

Now should we order pizza for you? Go and talk.

Sejal said and Riddhima kept the book and ran out of the classroom. She saw him entering in his classroom, so came back.

She told them and sat there.

I told you, it’s ok. Talk to him in afternoon after school gets over.

Gauri told turning the pages of book she was reading.

Riddhima was standing in the Garden area of the school all alone, waiting for Vansh. A pat came on her shoulder and she turned around to see him.

He said and she passed him a smile

She tried speaking while fidgeting with her fingers.

You called me here, may I know why?

He asked as he saw her nervous.

Yup so I want to tell you that you know in whole 11 section it’s rumored that you are my boyfriend. See I don’t know you, I don’t love you. I just want your help to find that person who spread this news. So will you help me? This idea is of Sejal she gave me.

Riddhima said while closing her eyes tightly and she spoke in one breath.

He said on which she opened her eyes and inhaled a deep breath.

Great so we will search him/her from tomorrow.

She said and was about to leave when he caught her hand and pulled her due to which her front collided with his chest.

She said when he pinned her at a backside of a statue and closed her mouth coming close to her face.

He said and she blinked her eyes but neither had he removed his hands from her waist not from her mouth.

He came closer when he saw Principal was near.

He asked from her, she wasn’t able to say anything because of his hands, she just pulled him down from his collar and both hid behind the bushes.

As soon as teacher left both got up taking deep breath.

He asked while breathing hard.

He nodded and bidding a bye left.

Next day, both were in canteen and was thinking of the person.

Do you have any enemy?

Riddhima asked him who was sitting while keeping his hand on his chin.

He asked raising her eyebrows.

May be he/she did this.

She said and saw Sejal and Gauri sitting beside her with a plate.

Riddhima said and was about to take when Gauri took it.

Riddhima saw her in shocked while she ignored her. Sejal chuckled on this.

Riddhima, think…… wait do you have any enemy?

Vansh said and saw them shook their heads.

Ok then let’s start from beginning. Who told this news to you?

He asked and saw Riddhima looking at Sejal.

I told her and I got to know from our classmate.

She said while eating her burger.

That means someone from your section did this.

Gauri told them and looked at Vansh who nodded, bell rang and he taking his bag left from there.

Is he not comfortable with you?

Sejal asked Riddhima while she raised her eyebrows.

See he didn’t even bid you a bye and left or was he ignoring something.

Sejal replied but they ignored the question.

They keep on meeting like this for weeks but they weren’t getting anything but Riddhima and Vansh was now sharing a good bond but ignored the thought of anything further than this.

After a month, Riddhima was sitting with Vansh in garden area.

If we will roam around like this, then definitely everything will think it as a real news.

He said while swaying his legs on in air.

We will exchange our numbers and won’t meet from now. Exams are near and it may harm our marks. From now till we pass out it’s a pact we won’t meet. It’s our last meet.

He told and saw Riddhima thinking for sometime she nodded and gave him her number. After bidding a bye, they diverted their path.

Riddhima and Vansh were giving their investigation discussion just an hour time. They neither saw each other nor met for next 3 months.

It was getting hard for them ignoring each other.

It was exam time and neither Vansh messaged her nor did Riddhima message him, thinking him to be busy with his studies.

Every day at same hour both wait for each other to message but both never tried thinking other one must be busy with studies.

After their final exam, Riddhima sat on her bed with her phone. When she received a message from Gauri.

So how was your last exam, Riddhu?

No, waiting for him.

Send him a message might be even he is waiting.

Every time why should I initiate.

You know, you love him then….

Ok fine, but at least send him a Hi. Then don’t initiate the talk.

Great, but will do tomorrow.

I am playing a game right now, Bye.

She said and ended the chat and keeping the phone on the table, laid down hugging the pillow.

Vansh, he entered in my life with a storm. I even don’t know his favorite subject. He is a mystery to me. I know I love him but I have a future ahead I can’t spoil it for four letters neither he will. If he isn’t initiating the talk that means he is not comfortable with me and about the rumor it’s less now. So I should drop this so called investigation. Great Riddhu. Message him this, but wait if he will initiate then only.

She messaged him a Hi and was waiting for his reply.

Well I’m sorry if you found it to be boring Gauri and everyone, it has second part even and I will post if you guys liked this one……

Sorry for any grammatical mistake……

NOTE:- SO GUYS, MY EXAM DATE IS NOW ANNOUNCED IT’S FROM 26 VIVA AND THEN WRITTEN IS FROM 1-6. So, YOU ALL KNOW WHAT I’M SAYING I WON’T BE ABLE TO POST IT’S MY LAST POST HERE. I WILL COME IN AUGUST OR EITHER JUST PRAY THAT EXAMS WILL BE ONLINE OTHERWISE I WILL HAVE TO LEAVE TU AND WATTPAD.

@Mj (JYOTI) Maybe this week and next week she won’t be able to post as she is busy with her school work..